Bad Advice for Novice Skydivers: “Learn As You Go.”

Reblogged from Word Prisms with permission from the author 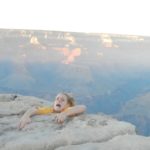 Why the First, Best Lesson I Learned about Translation Was a Healthy Fear

I was a poor, scrawny white kid with crooked teeth who grew up in the barren hills of central Arizona.

The year before my birth, the Soviets launched Sputnik, shocking the world, and causing a frantic U.S. Congress to allocate funding for fast-track training of the next generation in science and the Russian language. These were dollars that flowed downhill and into the deserts and chaparral country and back woods to us public school kids who played in dirt schoolyards and chased lizards and lived in makeshift trailer parks carved awkwardly into the hills.

Just a few short years later, I found myself working as an intern, holed up in a tiny library with sunshine pouring through ornate windows in the Smithsonian Castle building on the Mall in downtown Washington, D.C. I was hunched over Lenin’s majestic speeches and Trotsky’s galloping histories and Chekhov’s heartbreaking stories all printed on the high-acid paper and stained covers that smelled like pungent sour milk.

A tall man with striking full head of hair stuck his head in the door.

“Kevin, come upstairs with me. We’re having lunch.” He smiled.

I smiled back, but a little flame of terror flickered in my heart. I knew that lunch would be attended by brilliant visiting Soviet scholars who spoke no English, and that new Smithsonian staff had been invited to welcome them.

They spoke no Russian.

The smiling man in the doorway inviting me to join them – James Billington, the renowned Princeton scholar of Russian history, who was later to become the Librarian of Congress – needed me to help him interpret those meetings.

In professional settings where Americans revel in the promise of youth – and I was half the age of every other person in that room – Russians are inherently suspicious and dismissive of it.

I confess that back then I agreed with the Russians. I was desperately counting on my youth to excuse my upcoming performance. I felt in every fiber of my being that I had no right to be in that room.

It turned out that I made it out of those lunches alive, perhaps a bit worse for the wear.

But looking back, that terror of desperation and self-doubt is a key reason I was later to succeed at professional translation – an activity where I was actually paid for my work.

And yet a bit of that nagging fear has really never left me.

The audacity of translation

Translation is an audacious act.

It requires not only that you know what you know – easy enough, for sure – but it also requires you to know everything the writer knows, too.

That reality makes fear and doubt your ally in commercial translation. You are, after all, charging real money to convey those complex ideas with authority. In that environment, doubt is useful and essential. It drives you to drill 100 miles deeper into your subject-matter expertise every single year, to seek out feedback and guidance and training, to collaborate and consult with your expert translator colleagues, and to revise and rethink and rewrite, and then to tear it all up and start all over again.

Doubt is what taps you on the shoulder and politely suggests that if you can’t even remember where you left your car keys on Tuesday, what else has unknowingly slipped out of your cognitive grasp?

Even after a lifetime of experience, confidence is just a seduction.

But when you’re just starting out, confidence is deadly.

Into this mix comes the oft-repeated and puzzling advice that beginning translators can “learn as they go.” “Pick a subject that is ‘not too technical,’ they are told, “and learn on your own.”

This is terrible advice for newbie translators, just like it’s rather catastrophic advice for novice skydivers.

Where novice translators get into trouble is that they are seduced by confidence. Without the underlying experience that comes from making and learning from a mountain of mistakes, they conclude that they are in fact excellent translators because they’ve decided – with absolutely no other experienced translators around to review them or correct them or shake them out of their foolish complacency and rampant confirmation bias – that the first rendition of a translation they produce is just perfectly fine.

If you are a translation customer in the commercial market who has seen the results of this philosophy – as I have been for over two decades – this stratospheric overconfidence can be deeply troubling. But I learned a long time ago – the hard way by spending many hundreds of hours re-writing translations produced by some very well-known translators – that translators who had

pretty much guaranteed that their product would be unlike all the other translation products out there – and it would show.

And it does show. It shows now.

The worse-kept secret in the translation industry

Translation buyers in the quality sector of the market actually talk about who is good and who is not, and who produces at the top of the field and who does not, as well as why that is so.

It’s almost always the presence or absence of very strong subject-matter expertise and writing skills, but also the benefit of massive collaboration with colleagues.

And the phenomenon is not just restricted to the high-level expert technical fields. I would argue based on my own experience that this overconfidence extends deep into general and non-specialized translation, and infects even the simplest legal contracts or agreements or balance sheets or even personal letters.

What’s even more disconcerting is how the “learn as you go” philosophy is damaging to translation clients. It implicitly treats clients with what borders on outright contempt.

In no other commercial field – medicine or plumbing or electrical contracting come to mind – are novices encouraged to charge market prices while “learning as they go.” Each has an apprentice period, usually measured in years, where practitioners are on a firm leash before being let loose on the public.

The problem is magnified in our industry because – unlike kitchen contractors or plumbers or even trash collectors – our customers are often in no position to judge the quality of the results.

I find it distressing that translation in this highly complex technical age is still stuck in a training and apprentice time warp, much like physicians were in the 17th century – not yet scientific, not yet rigorous, still part of colleges of barbers and surgeons. Learn as you go!

This is terrible for our clients, just like 17th century physicians were terrible for patients, usually doing more harm than good. 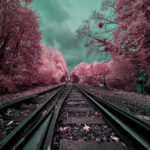 “Learn as you go” is foolish and terrible advice for newbie translators in the commercial market. It condones errors as professionally acceptable, gives novices permission to charge unwitting clients for all those mistakes and, worst of all, traps them in an echo chamber from which – without training, collaboration and constant review by expert colleagues – they can never escape.

The industry urgently needs a feedback mechanism, a hard one, for beginning translators and it must be in place for a long period of time – if we are to have a new generation of expert translators out there – in all fields of translation, down to the simplest texts – who can actually beat Google Translate rather than spend the rest of their careers making minor corrections to it.

About the author: This article first appeared on the author’s blog Word Prisms.

Translator, linguist, media commentator and business executive Kevin Hendzel draws on over 25 years of experience in the translation and localization industry in a broad range of roles, including translator, language lead, company owner, lexicographer, media commentator, and national event panelist.

As the official translator of 34 published books in physics and engineering and 10,000 articles for the Russian Academy of Sciences, Kevin Hendzel is one of the most widely published translators in the English language.

Kevin’s professional background includes an extended period working on the US-Russia Direct Communications Link, also known as the Presidential “Hotline,” where he was Senior Linguist of the technical translation staff. Between 1992 and 2008, Kevin worked to advance ASET International Services Corp. to become the leading firm on all nuclear programs in the former Soviet Union before selling the company with his business partner in 2008.

Kevin was the original architect of the ATA national media program launched in 2001. Between 2001 and 2012 he served as National Media Spokesman of the American Translators Association. During that period he appeared on CNN, FoxNews Live, ABC World News Tonight, CBS News, NBC News, MSNBC, National Public Radio, Voice of America, PBS, The New York Times, the Washington Post, the AP wire service, Reuters, The Atlanta Journal-Constitution, USAToday, Wired and many more outlets promoting translation and interpretation services as vital to commerce, diplomacy, security, and culture.

The Britishism Invasion: Language Corruption is a Two-Way Street