Translator vs. Interpreter: What's the difference?

Translators do the writing. Interpreters do the talking. Find the right language professional for your job!

Watch a Day in the Life of Translators and Interpreters

See how translators and interpreters work in this short animated video. 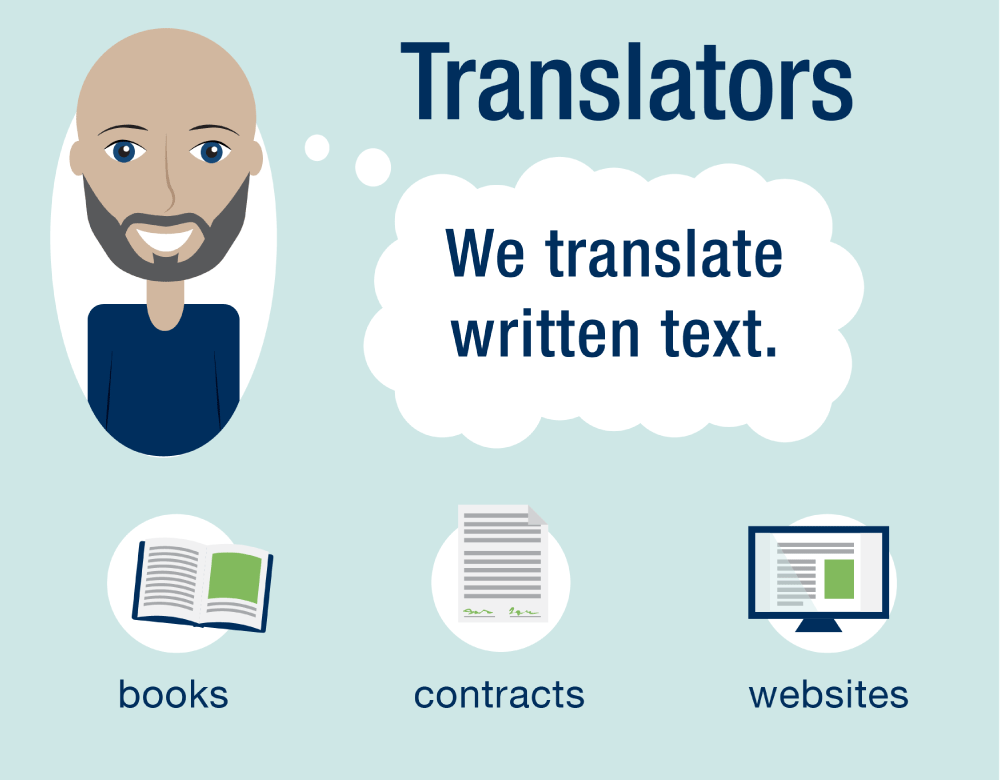 Translators do the writing

Translators work with the written word, converting text from a source language into a target language. This is far more than replacing one word with another. The translator must also convey the style, tone, and intent of the text, while taking into account differences of culture and dialect.

Translators usually work in one direction

Some translators may be able to understand several different source languages, but in general they have just one target language—typically their native language.

Good writers in their native languages

Translators not only understand the source language but also write extremely well in the target language.

Like many professional writers, translators specialize in certain subject areas, such as law, medicine, business, banking, technology, and science. Specialization requires an in-depth knowledge of the subject and its terminology in both the source and target languages

Some translators price their work based on the number of words in the source language, others charge by the number of words in the target language. Some base their fees on hourly estimates. When you need a fast turnaround on a translation project, ask the translator if he or she would be willing to work longer hours for an extra fee, frequently called "rush" charges.

Rates vary by specialty and language 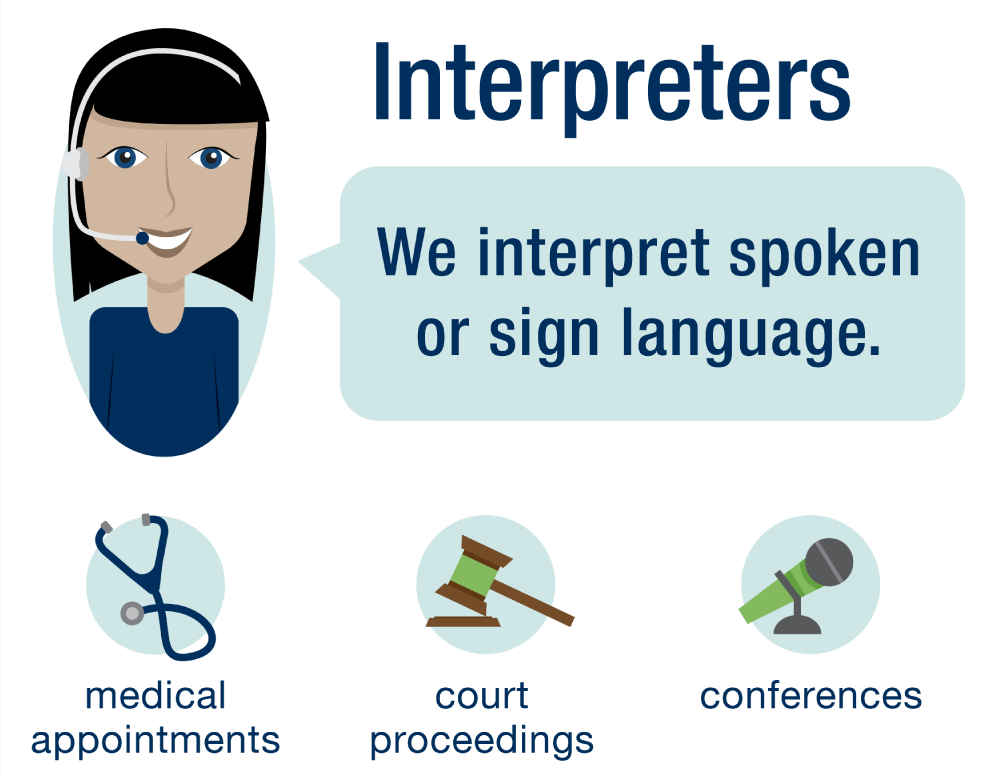 Interpreters do the talking

Interpreters work with the spoken word, converting speech from a source language into a target language. This is far more than speaking two languages fluently. The interpreter must also communicate the style and tone of the speaker, while taking into account differences of culture, dialect, and setting. The listeners should hear the interpreted message as if it had been originally spoken in their own language.

Most interpreters work bi-directionally, meaning that an interpreter often works both to and from the target and source languages.

Good speakers in their native languages

Interpreters not only understand the source language but also communicate extremely well in the target language.

The setting determines the method of interpreting

Simultaneous interpreting requires the interpreter to listen and comprehend in one language (source) while "simultaneously" providing an interpretation in a second language (target).

Settings for consecutive interpreting include small meetings, person-to-person communication, and question-and-answer sessions, such as attorney-client interviews and physician-patient encounters.

Interpreters often specialize in certain subject areas, such as law, medicine, business, banking, technology, science, and literature. Specialization requires an in-depth knowledge of the subject and its terminology in both the source and target languages

To perform effectively and accurately, interpreters must be able to hear the speaker clearly. It is also helpful—and preferable—if the interpreter can see the speaker.

Usually paid by the job

Interpreters set their rates by the length of the job—hourly, half day, or full day. If you need an interpreter for an entire day, be sure to specify whether the day is 7, 8, or more hours.

Keys to successful translation and interpreting

Find a Professional Translator or Interpreter

When you are committed to quality, the language professional you need is an ATA member.

Language Services Directory
Can I afford to hire a professional? Expand

You can’t afford NOT to. Professional translators and interpreters can help you expand into new markets and reach new customers. Poor translation and interpreting services can be disastrous for your business—endangering customers and putting your company at risk for lawsuits.

Can't a computer do all this? Expand

There are times when machine translation is useful, and times when it's not. Learn when to use Google Translate, and when to hire a professional.

Getting it right Expand

Download our free mini guides that help you navigate the process of hiring and working with a language professional. They are available in multiple languages.

Our outreach publication provides up-to-date information and resources about the translating and interpreting industry.

In the United States anyone can certify a translation. A translator does not need to be certified in order to provide a certified translation. Learn more and download certification statements.

Language Services Directory
Find a Language Professional
Scroll To Top
By clicking accept or closing this message and continuing to use this site, you agree to our use of cookies.I AcceptPrivacy Policy