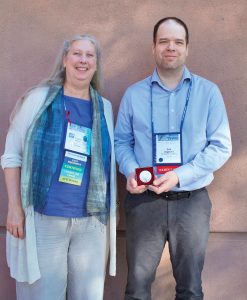 The American Translators Association is honored to recognize the translation programs at Kent State University with the 2019 Alexander Gode Medal.

The translation programs at Kent State have produced over 500 graduates since the Institute for Applied Linguistics was founded in 1988 under the direction of Greg Shreve, professor emeritus of German translation. The programs began with degrees in Spanish, German, and French, and later added Russian and Japanese, and most recently Arabic. The MA in Translation program now graduates more students than any other Arts and Sciences program at Kent State. As of this writing, it is the only U.S. translation program offering degrees from the bachelor’s to the PhD level, and the only U.S. program offering a full graduate degree in Arabic translation.

Moreover, the translation programs at Kent State have—through the impact of their graduates and faculty members—made tremendous contributions to the translation and interpreting professions as a whole, particularly in regard to their unique emphasis on translation theory and practice, and translation as a profession and academic discipline. In addition, numerous Kent State graduates and faculty members have made significant contributions to ATA as Board members, committee chairs, and division administrators.

The Alexander Gode Medal, ATA’s highest honor, is named for ATA’s founder and guiding spirit, who was the first recipient. The medalists represent a record of achievement in a variety of linguistic fields, including not only translators and interpreters, but also lexicographers, theorists, association leaders, and institutions. This award may be given annually.

Tim Mohr is the recipient of the Ungar German Translation Award for his translation from German into English of Sand, by Wolfgang Herrndorf (New York Review Books Classics, 2018). 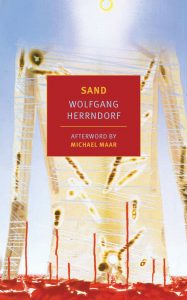 Sand is set in North Africa in 1972. While the world is reeling from the massacre of Israeli athletes at the Munich Olympics, a series of mysterious events is playing out in the Sahara. Four people are murdered in a hippie commune, a suitcase full of money disappears, and a pair of unenthusiastic detectives are assigned to investigate. In the midst of it all, a man with no memory tries to evade his armed pursuers. Who are they? What do they want from him? If he could just recall his own identity he might have a chance of working it out. This darkly sophisticated literary thriller, the last novel Wolfgang Herrndorf completed before his death in 2013, is, in the words of literary scholar and Germanist Michael Maar, “the greatest, grisliest, funniest, and wisest novel of the past decade.”

Wolfgang Herrndorf (1965–2013) studied painting at the Academy of Fine Arts, Nuremberg. After graduating, he moved to Berlin, where he worked as a magazine illustrator. In 2001, Herrndorf joined the art and writing collective Zentrale Intelligenz Agentur, eventually contributing to their blog, Riesenmaschine (Giant Machine). He published his first novel, In Plüschgewittern (Storm of Plush), in 2002. This was followed by a collection of short stories, Diesseits des Van-Allen-Gürtels (This Side of the Van Allen Belt) in 2007, which received the Ingeborg Bachmann Prize Audience Award. In early 2010, he was diagnosed with a brain tumor. His novel Tschick (Why We Took the Car) was published just months later and would eventually be translated into 24 languages.

Herrndorf committed suicide in the summer of 2013. His posts on Arbeit und Struktur (Work and Structure), the blog he started after receiving his cancer diagnosis, have been published as a book of the same name. An unfinished sequel to Tschick, Bilder einer großen Liebe (Pictures of Your True Love), was released in 2014. 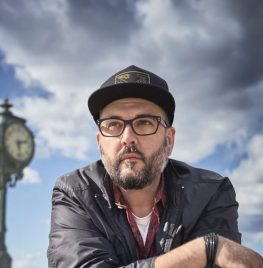 Tim Mohr is a New York-based translator and writer. In 2007, he received the Three Percent Award for Best Translated Book for his debut translation, Guantanamo, by Dorothea Dieckmann. In 2011, his translation of The Hottest Dishes of the Tartar Cuisine, by Alina Bronsky, was included in the lists for both Publishers Weekly’s Best Books and the Los Angeles Public Library’s Best Books for that year. His works have been long- or shortlisted for the International Dublin Literary Award.

His own writing has appeared in The New York Times Book Review, The Daily Beast, Inked, New York Magazine, and other publications. His history of the East German punk rock movement, Burning Down the Haus: Punk Rock, Revolution, and the Fall of the Berlin Wall (Algonquin, 2018) was longlisted for the Carnegie Medal for Excellence and included on best books of the year lists by Rolling Stone, NPR music staff, Rough Trade, Longreads, and the Chicago Public Library, among others. Prior to starting his writing career, he earned his living as a club DJ in Berlin.

The Ungar German Translation Award may be bestowed biennially in odd-numbered years for a distinguished literary translation from German into English that has been published in the U.S.

(American Foundation for Translation and Interpretation President Geoff Koby, who is also an ATA Board director, presented scholarships to recipients at ATA’s 60th Annual Conference in Palm Springs. Here are some excerpts from his remarks.)

New this year, the American Foundation for Translation and Interpretation (AFTI) awarded five $500 scholarships to students or recent graduates of translation or interpreting studies programs to partially defray the cost of attending ATA’s 60th Annual Conference.

Founded in 1997, AFTI is a 501(c)(3) foundation affiliated with the American Translators Association. AFTI—ATA’s charitable arm—supports activities, education, and research in support of the translation and interpreting professions. AFTI promotes this objective by bestowing awards and scholarships, as well as sponsoring conference attendance and presentations. 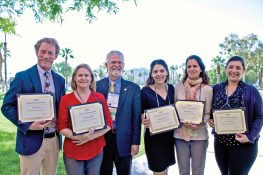 This year’s scholarships were funded from donations made in the name of Past President Edith Losa. The recipients are:

Applicants interested in applying for this year’s scholarships can be full-time or part-time students at the undergraduate or graduate level. All students must be enrolled at a two-year or four-year college or university in a program in translation, interpreting, or both, leading to an academic degree or certificate. Recent graduates must have completed their program within 12 months of the starting date of the 2020 ATA Annual Conference (October 21–24, 2020). For more information, visit: www.afti.org.