Many of you know Ted Wozniak quite well from his many years of dedicated service to ATA…but did you know he essentially worked undercover as a liaison officer for the US Army in Germany? I recently had the pleasure of speaking with Ted, and I enjoyed hearing about his colorful professional life as much as I valued his advice for mid-career translators and interpreters. Read on for more.

Q: How did you learn German and get into translation work?

A: I started learning German in elementary school, in the fifth grade. This was back in the 1960s, and there was a push back then from President Kennedy, what they would call STEM today; he pushed for the sciences and math and engineering. It was all part of the Cold War – staying competitive with the Soviets – and foreign language [learning was part of that]. They opened hundreds of experimental schools around the country, and I got to go to one of them. Today it’d be like a charter school. Luckily for me, my very first German teacher was a native Austrian. I wound up having two years of German three times, in the fifth and sixth grades, in the seventh and eighth grades, and again in high school.

I initially went into accounting, and then I decided to join the Army. The enrollment process included the Defense Language Proficiency Aptitude Test to see whether they thought I could learn a foreign language, which I passed. I was talking to the career counselor, and he said, “You can pretty much do anything you want, except be a helicopter pilot, because you wear glasses. What do you want to do?” And I said, “I don’t know, what have you got?” And he said literally, “Do you want to learn a foreign language and be a spy?” And I said, “Sounds better than the infantry.” So that’s what I did.

They sent me to the Defense Language Institute in Monterey, and I took the German basic course; for eight months my job was to learn German. Then I was sent to Germany, and I worked undercover for three years in Bavaria. I was a “liaison officer” on the Czech-German border, working with the German border officials. I had to learn Bavarian dialect because the old German customs guys didn’t speak standard German. So, that’s where I got fluent in German.

I then taught at the Army Intelligence School in Arizona, and when I got out of the Army years later, I didn’t want to go back to accounting. I did want to continue to use my language skills because I knew they were valuable. I wound up going to the University of Texas at Austin with the idea of becoming a German teacher. I got my second bachelor’s degree in German, and I enrolled in the master’s program in German so that I could teach at the community college level. The graduate program was basically designed to crank out German literature professors. While I was in grad school at UT, one of my professors was Dr. Andre LeFevre, who taught one “Translation” class. That was my only exposure to translation studies. But his wife, Ria Vanderauwera, was a freelance Dutch translator and she came to the school one day to talk to the grad students. She was (and still is) an ATA member and she said, “If this whole academia thing doesn’t work out for you, there’s this thing called freelance translating, and there’s this thing called the American Translators Association. You can make a living in translation.” I heard that on a Friday afternoon, and I went home for the weekend and thought about it. And I said, that’s what I want to do. On Monday I dropped out of grad school. It was the very beginning of the Internet, maybe 1996, 1997, something like that. The Internet was brand new, and I just put up a web page that said, ‘Ted Wozniak German into English Financial Translations’. And that was it.

Q: What’s your favorite part of your work?

A: My favorite part of this work is learning. In one way or another, you’re always learning something. You come across new terms and new phrases, and you have to do research about the language, about how to translate things better. At this last conference in Los Angeles, I went to a couple of sessions…you’d think that after thirty years that you’d know how to do everything. I went to a couple of sessions where I got great advice on how to deal with some German-specific things, the way Germans write, and how to recast that writing into English in ways I’d never thought of before. I thought, wow, this is great! I wish somebody had told me this twenty years ago…I would have done even better work. Michael Schubert’s session on the ‘Whys and Wherefores of Pronominal Adverbs in German to English Translation’ was a particularly good one on dealing with these “da-compounds,” as they call them in German. Every time I go to a conference, there’s at least one session that’s really enlightening. You’re always learning something on how to translate better. I love the learning aspect. If I could have, I would have been a professional student my whole life.

Q: In your opinion, what’s the most important thing a translator or interpreter can do to improve as a businessperson?

A: First of all, be a businessperson before you can improve as a business. You have to be a businessperson and understand the fundamentals of having a business. You know, taking care of your accounts payable and your accounts receivable. Thirty years ago, we had translators starting out who didn’t even know how to do an invoice, or understand how business works in general, so that’s gotten better. But, you know, it’s important to understand the basics of business, especially the need to diversify your client base. There’s this thing called risk concentration: if you have any single client that accounts for more than fifteen or twenty percent of your revenue, you’re taking a lot of risk, because if, for whatever reason, through no fault of your own, you lose that client, twenty percent of your revenue is gone overnight. It happens. The industry is still in a consolidation phase; a lot of smaller and medium-sized companies are being scooped up, or companies are merging, so it could easily happen that somebody that has been a good client is just gone from the market all of a sudden, overnight, and whatever percentage of your revenue that client represented could be gone.

Personally, over the last five to six years, which happened to coincide with my term as ATA President, there has been a massive decline in demand for German into English financial translation. Part of that is driven by privacy concerns, in that clients have stopped sending stuff outside Germany or the EU. And some of it is just economic; clients are just trying to save money. Those are the two big drivers. So, coupled with a major mistake I made, not diversifying my client base enough, I’m now just barely squeaking by. On the plus side, I’m sixty years old and I’m ready to retire anyway. Do I want to put in the work to try to build my client base back up in order to work for another five or ten years? I’m still trying to decide whether I want to retire or not.

So, that’s my one piece of advice for everybody: Make sure you diversify your client base. I had one client that accounted for probably half of my revenue, and they lost a couple of their clients, and I got nothing more from them. I lost half my revenue in one fell swoop, which hurt.

You can also diversify in terms of the services that you offer. I have been thinking about changing focus, branching out and doing some voiceover work. Renato Beninatto’s session at the annual conference this year on “The Great Renegotiation: How to Negotiate Higher Rates” gave some good advice, particularly for translators: He basically said that the classical translators we know where we sit at home and translate documents and get money is fading away. We’re in a transitional phase, and translators will need to reposition themselves. That we should stop calling ourselves translators and start calling ourselves language service professionals, as people who offer a range of services such as consulting on when MT is appropriate. The industry, the profession that you’re in today is not going look the same in five years, let alone ten. So, figure out how you’re going to position yourself five years from now, and where you’re going to fit in this evolving industry. Add new skill sets, maybe another specialization. My specialization, German into English financial translation, is tough; that niche market is ripe for MT use, so my volumes are going to continue to decline over time. If I’m going to stay in the market for another ten years, I really need to branch out into something else.

Finally, I’d advise T&I professionals to get involved in ATA. At the very least, get involved in your divisions. We’re going to have special interest groups soon. Don’t be a passive member of ATA; get to a conference. You’ll meet a lot of great people, and you’ll learn a lot about the industry. You’ll get exposed to facets of the industry that you don’t even know exist, and that might help you in your decision on how and where to diversify.

Q: Are there any business systems that have been working well for you?

A: I started using TO3000, or Translation Office 3000, over a decade ago, maybe longer. Originally, I had an Excel sheet where I tracked my projects and invoices, which worked fine when there wasn’t a lot of work. I would say that T&I professionals should find some kind of software to track projects and do invoicing. I happen to use TO3000; it works very well for me and is geared towards freelance translators as opposed to LSPs. And it’s a Ukrainian product, for those of us who are supporting Ukraine.

Ted R. Wozniak is a freelance German-to-English financial translator with almost 30 years of experience. A former accountant, he has held positions as a stockbroker, U.S. Army liaison officer in Germany, and an interrogation instructor at the U.S. Army Intelligence School. He was a mentor at the University of Chicago Graham School program for German to English business translation and an adjunct professor for the NYU Translation Program. He is the immediate past president of ATA and the current treasurer of the International Federation of Translators (FIT). He is the owner/moderator of Finanztrans, a mailing list for German financial translators, and CEO/President of Payment Practices, an online service for vetting LSC clients. He resides in New Orleans, LA with his wife, Kathy and his cat, Blanca. 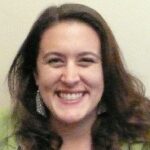 Tricia Perry is a medical translator and editor working from Spanish and Portuguese into English. She holds a BA in Spanish and Anthropology from Smith College and an MA in Media Studies from the New School. She earned a Certificate in Translation Studies from the University of Chicago Graham School, and is ATA certified for Spanish into English. Based in New York, Tricia lived and studied in Costa Rica and did research on HIV/AIDS-related discrimination in Brazil on a Fulbright grant. She is currently a member of the ATA Business Practices Education Committee.

Mentoring: Get As Much As You Give

3 Ways to Use Testimonials When You Have NDAs

Protect Your Career by Protecting Your Eyes

“I’ve Always Done It That Way!” – Breaking Out of Old Habits

Have an idea for us?

If you have feedback or ideas for future articles, contact the Business Practices Committee.