The summer before I entered fourth grade, I was invited to join a special summer program at a local community college. I had the opportunity to choose two classes from a range of offerings and, for reasons I no longer remember, I chose drama and touch typing. The drama class never did me much good; I learned mainly that I find singing and dancing in front of strangers excruciating. But the touch typing class was worth its weight in gold. I can’t imagine how many hours it saved me during my school years as I wrote paper after paper for teacher after teacher. When I started translating, I found the limiting factor in my early career was the speed of my thought process, not the speed of my fingers. Twelve years later, I can think faster than I can type, but not by much.

Typing technique may seem like a pretty basic skill, too basic for established professionals. At least, that’s what I thought when I asked ATA’s Business Practices (BP) discussion list how many members knew how to touch type. How wrong I was: interest, opinions, and stories flooded my inbox in the best way. Over 35 people weighed in – an astonishing number compared to everyday traffic on the list – to give me an unscientific picture of what touch typing means to translators and interpreters. Among the things they told me:

All in all, when discussing the advantages of touch typing, BP list members tended to agree with people in other industries, including typing trainers. Touch typing is regularly credited for benefits including:

A few people in my informal survey expressed the opposite point of view: they don’t touch type, and it doesn’t bother them. Over the years they’ve developed their own systems, and they find that their typing speed and their translation speed are not closely linked. Their point is valid: if you have your own typing system, being able to touch type the “right” way doesn’t matter. A personalized approach may indeed work for you, but if you’re not happy with your production, or if you struggle with sore wrists or fingers, consider learning to touch type. You might discover hidden advantages.

Why not just use dictation software and not worry about typing skills? It’s true that dictation works well – for some people. Aficionados may love being able to dictate their work, but others struggle with the learning curve or, especially in our industry, language support and accent recognition. The Professional version of Dragon Naturally Speaking, the frontrunner in speech-to-text software, is currently available in only six languages including English. Translators or interpreters working into any language that’s not supported will have an uphill battle and may find the program a waste of money. Even dictating in English can be a struggle if the software doesn’t work well enough with your microphone or other factors, including your accent.

As far back as 2018, two voice recognition companies claimed they had used Artificial Intelligence to help close the “accent gap” for their software. That gap, however, was not fully closed; it just became not quite as big as it used to be. In 2021, the gap persisted in most voice recognition applications, including personal assistants like Siri and Alexa. Large swathes of users find these systems buggy or unusable if their speech is too far from the accents the systems are trained on. Researchers have warned that failure of voice recognition systems to recognize particular accents could perpetuate discrimination. And our work, which is much more nuanced than asking Alexa to turn on the TV, faces the same problems. Dragon may not be able to parse your accent, even if you’re a native English speaker. Google Voice Typing supports many more languages than Dragon’s six, but it only works if you’re using Google Docs or Slides in a Chrome browser, and it accepts dictation only, not voice commands, if you speak a language other than English. Voice commands work only when using voice typing in English; mixing English commands with dictation in another language is not allowed.

When dictation is not a viable option, you’ll need to rely on your fingers. If you would like to learn or get better at touch typing, where should you start? Here are a few ideas:

Do you have tips to share, especially for typing in languages other than English? Please let us know in the comments! 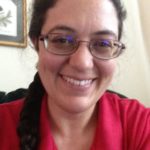 Danielle Maxson has been translating since 2009 and specializes in medical translation with a focus on patient records. She is an ATA-certified Portuguese to English and Spanish to English translator and the chair of ATA’s Business Practices Education Committee. Before focusing on translation, she worked as a Spanish teacher and a medical interpreter. For more information, visit https://dmaxsontranslates.com.

Mentoring: Get As Much As You Give

3 Ways to Use Testimonials When You Have NDAs

Protect Your Career by Protecting Your Eyes

“I’ve Always Done It That Way!” – Breaking Out of Old Habits

Have an idea for us?

If you have feedback or ideas for future articles, contact the Business Practices Committee.