What makes a good agency? 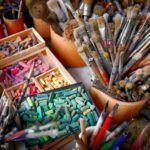 This post was originally published in the July-August 2009 edition of the ITI Bulletin. It is reposted with permission from the author.

Herbert Eppel offers advice for ensuring the relationship between freelance translator and client remains harmonious, productive and pleasant for both sides

In the 15 years since I started diversifying into translation I have worked with around 100 different clients and have encountered dozens of others, many of them translation agencies. Based on this experience it is worth reflecting on what distinguishes these agencies in terms of their interaction with the translator.

Let’s start with the initial contact. It is good practice for translation agencies seeking new freelance suppliers to spend some time researching individual translators’ backgrounds – eg from their respective websites or from online directories such as the main ITI Directory, the Scottish Network Directory at www.itiscotland.org.uk, or the new ITI German Network Directory at www.itigermannetwork. org.uk – and then send out personalised invitations that are relevant to the circumstances. A less desirable approach is to send out impersonal mass mailings.

Some agencies adopt a rather informal approach, while others use more or less complex translator information forms as a basis for their supplier databases. Before asking translators to complete lengthy forms, it is a good idea to negotiate a mutually satisfactory rate as a basis for future collaboration.

The issue of free test translations has been discussed at some length in various forums over the years. In my view, while anyone is entitled to request a test translation, professional translators should not be expected to provide these free of charge. In other words, test translations should be treated just like any other job. In this context, anyone who has not seen it yet and can understand German will no doubt find the ‘Gratisschnitzel’ article published by the Austrian translators’ association Universitas quite entertaining. It can be found on page 4 of the document available from www.universitas.org/download.html?FILE_ID=112.

As members of professional institutions such as ITI, professional translators sign up to a code of conduct that includes confidentiality clauses. I am not a legal expert, but lengthy and complex additional confidentiality agreements as requested by some agencies would therefore seem rather unnecessary.

In certain circumstances, urgent deadlines requiring a translator to work outside normal office hours are unavoidable. While many freelance translators tend to work irregular hours and may well be quite happy to adjust their schedule to accommodate urgent assignments, out-of-hours or weekend work should not be taken for granted. A good agency is a freelancer’s ally, and should be prepared to negotiate appropriate surcharges with the end-client where appropriate. 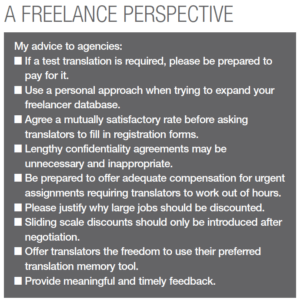 As the job title suggests, a translator’s main task is translation. Handling of auxiliary tasks such as PDF extraction or layout refinements in complex file formats such as PowerPoint should not be taken for granted. In this respect, a statement published by a well-known translation memory software provider back in 2002 speaks for itself: ‘Pricing is not just set on a per word basis when complex file types are involved. If you are translating in file types other than Word-like web pages, or desktop publishing formats, you will want to charge file maintenance fees to compensate you for the extra skill required to manage and translate within such file types. Typically, a 10%-20% surcharge (depending on project complexity) is customary.’

Some clients ask for discounts on the grounds that a job is particularly large. I would suggest that such a priori discounts are inappropriate, because: a) a commitment to undertake a large job within a standard timescale may well prevent a translator from taking on work from other clients in the meantime; and b) it could be argued that translators who can offer the additional project management skills and resources required for handling such projects should in fact be rewarded, rather than penalised.

Similarly, translators are often asked to accept a sliding discount scale that was originally suggested by the aforementioned TM software provider, but is by no means cast in stone. Such a scale takes into account internal repetitions, so-called 100% TM matches and TM matches with varying degrees of fuzziness. In my experience, fuzzy matches may well require more time to adapt to a new text than translating the relevant sentence from scratch, and therefore I do not offer ‘fuzzy discounts’. On the other hand, like probably most colleagues I do give discounts in some cases for repetitions and 100% matches.

At this point, however, I feel it is worth pointing out that the origin and quality of 100% matches is a crucial factor that often seems to get overlooked in the ‘great discount debate’. In other words, the 100% matches for which the client may expect a discount could have been based on poor previous translations undertaken by third parties, in which case any revision can be more time-consuming than a new translation.

An inquisitive translator is good news

The brochure Translation – getting it right, written by Chris Durban of ITI, is aimed at end-clients and is available to download from the ITI website, www.iti.org.uk. Part of the text says: ‘No one reads your texts more carefully than your translator. Along the way, he or she is likely to identify fuzzy bits – sections where clarification is needed. This is good news for you, since it will allow you to improve your original. … Ideally, translators strip down your sentences entirely before creating new ones in the target language. Good translators ask questions along the way.’

A good translation agency will try to convey this philosophy to the end-client, for the benefit of all parties involved. Similarly, the agency will automatically enquire about reference material in cases where such material is not provided by the end-client.

Feedback on completed translation assignments is important and should be encouraged. In my experience, many agencies seem to adopt a kind of ‘no news is good news’ principle, which is fine in some ways, but even better is the occasional positive feedback.

Any agencies and indeed end-clients who might be lost for words in this respect could take some guidance from the Comments section of my website at www.HETranslation. co.uk. Constructive corrective feedback is also to be encouraged, of course. Less helpful are general statements such as ‘the client was not happy’, issued several months after a translation job was delivered. Not only is this detrimental to morale, but I also feel that in many cases, such generic criticism fails to stand up to closer scrutiny.

It is worth introducing the concept of a ‘Faffometer’ for measuring the satisfaction level of the working relationship between agency and freelance translator. Sadly I cannot claim to have invented the term – it appears to have been introduced by Business Productivity Expert Mike Pagan, although he uses it in a slightly different – potentially also very useful – manner. For him it is an Excel spreadsheet divided into equal time periods in the working day, each of which is allocated a productive task, and where the least possible amount of time is spent ‘faffing about’. See his video newsletter at http://video. mikepagan.com/Newsletter/Faffometer (it is less than two minutes long) for more. I am still in the process of refining my own Faffometer.

At the high end of my Faffometer scale are agencies who tend to be reluctant to ask the end-client whether source texts can be made available in a format that can readily be processed with a CAT tool and, faced with IT challenges that may be beyond the capabilities of their project managers, expect translators to deal with auxiliary IT aspects such as extracting text from PDF files and preparing nicely formatted documents or presentations in the target language.

At the other end of the Faffometer scale is an agency I have been working for on a very regular basis for around 10 years, with a total job count approaching 2,000. This rather high figure is partly explained by the fact that all jobs, however small, are assigned a separate job number. While this may seem tiresome, it avoids can-you-please-just-translate-these-few-words-for-free scenarios. The agency invariably deals with any and all file format conversion and translation memory aspects and handles any and all pre- and post-processing tasks that may be required.

Specifically, all their texts (regardless of the format of the original source document) arrive in the form of specially formatted MS Word files, where any pre-processed text (eg 100% translation memory matches or internal repetitions) is clearly identified. Such text can simply be formatted as hidden and automatically ignored on import into TM tools such as Déjà Vu and MemoQ.

The attraction of this approach is that discount negotiations and sliding discount scales are never an issue, while the pre-processed text contained in the original file can be helpful for reference. In addition, the agency tends to make translation memory and glossary extracts from their in-house TM and terminology management systems available, always tries to obtain reference material from the end-client, and happily responds to terminology clarification requests. 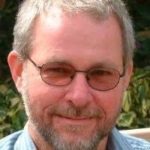 Herbert Eppel is a chartered engineer. Originally from Heidelberg, he has been living and working in the UK since 1988. Herbert diversified into translation in around 1995, and is a member of several ITI networks.

He deals with texts from a wide range of technical and scientific subjects. For more, see www.HETranslation.co.uk.