The Confidentiality Dilemma in the Language Profession 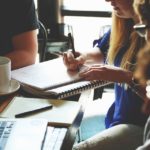 Where should interpreters and translators draw the line?

Last month, Democrats on the House Intelligence Committee proposed to subpoena the American interpreter present at the private meeting between the Russian president, Vladimir Putin, and President Trump on July 16, 2018. Although it sounds like a blow to the profession, it may actually be good news that Congress turned its attention to the occupation of translators and interpreters.

Republicans did their thing: They blocked the request, and professional translators and interpreters everywhere were able to breathe again. The question remains, however: Are interpreters, like attorneys and priests, bound by confidentiality at all costs and under all circumstances?

The answer is neither clear nor simple. For one thing, no specific regulations exist for interpreters or translators. There are no state or federal standards of accountability, no governing bodies or professional oversights at any level, no board exams or education requirement of any kind. In other words, it is a completely self-regulated profession. Anyone can practice as an interpreter or a translator regardless of their background or knowledge.

Unlike attorneys or doctors, translators do not have to prove their qualifications to anyone or operate under any particular professional standard. It is truly up to the person or entity contracting the service to check credentials and provide any non-disclosure agreements required for the particular job or relationship. If this is not done properly, however, the consequences can be disastrous. Let’s recall the story out of Tampa, Florida last December that made national headlines, where a woman claiming to be an American Sign Language interpreter “signed” nonsense at a police press conference announcing the arrest of a suspected serial killer who had been terrorizing the city for months.

Despite all this, for every unqualified person out there, there are dozens of truly dedicated and educated language professionals who operate with integrity. Of course, it only takes one questionable experience to create mistrust within the profession. So, while some of us may have been outraged at the idea of subpoenaing the interpreter at the Trump-Putin summit last month, it may be a good idea to start filling in the gaps of the profession, looking more closely at ethics and confidentiality, including diplomatic settings under the protection of the U.S. Department of State.

Now, whether Congress can really subpoena the interpreter is another question. Surely, this interpreter was bound to secrecy under an iron-clad non-disclosure agreement. And even if not, the rules of conduct and ethics for interpreters and translators require confidentiality in the language profession. The American Translators Association (ATA) Code of Ethics states that language professionals must “hold in confidence any privileged and/or confidential information entrusted to us in the course of our work.” However, this statement cannot be absolute or understood as such, nor is it even legally binding alone. It is merely a guideline set forth by a professional association in an attempt to unify an unregulated profession.

Consider this: In 48 states, physicians, counselors, mediators, and other designated professionals are compelled to file a mandated report when they suspect child abuse, harm to others, and harm to oneself. These are all logical and reasonable exceptions to confidentiality, and interpreters should not be the exception in that regard.

In the case of one state, the Unified Judicial System of Pennsylvania, in accordance with Act 172 of 2006 (42 Pa.C.S. §§ 4411(e) and 4431(e)), has established a confidentiality exception for interpreters: “In the event that an interpreter becomes aware of information that suggests imminent harm to someone or relates to a crime being committed during the course of the proceedings, the interpreter should immediately disclose the information to an appropriate authority within the judiciary who is not a party to the proceeding and seek advice in regard to the potential conflict in professional responsibility.”

Now, in cases of suspected child abuse, the line is pretty clear. The safety and well-being of a child trumps any non-disclosure agreement, without question. But what about when an interpreter is being asked to disclose the nitty-gritty of a private meeting that may expose risks to our national security interests? Perhaps that should become another concrete exception.

So far, this matter has been handled from the political perspective. But interpreters in all settings should be prepared for more incidents like this during the next few years. If this issue comes up again—and it very likely will—what happens with this situation in Congress will set a precedent for us all.

Salua Kamerow works as a Spanish linguist for Penn State University – Berks campus. She is a Colombian Esq., Master of Laws from Penn State University, and Master of Science in Translation from New York University. Her interests vary among contrastive stylistics and terminology. She has extensive expertise in the fields of law, energy, community justice, and alternative dispute resolution.

Nikki DiGiovanni is an Italian, Spanish, Portuguese, and French translator, specializing in financial translation, with a Master of Science from New York University. She currently works as a quality manager for the Italian translation and interpretation provider Intrawelt S.a.s. and volunteers as a translator for Translators without Borders.