Freelancers: 7 Things to Know Before Your Next Negotiation

May 14, 2019 | The Savvy Newcomer | No Comments | Business Strategies, Resources 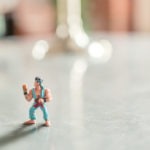 This post was originally published on the Copyediting.com website on June 20, 2017. It is reposted with permission of ACES, The Society for Editing.

Editorial business owners are always negotiating. Whether it’s terms for an upcoming project or an existing contract that’s gone out of scope, having these tough conversations is part of the job.

Here are 7 things to know before your next negotiation with a client.

The fear that many of us have around negotiations is hearing, and saying, “no.” But remember that every negotiation starts with a “no.” Otherwise, why would you be negotiating?

Practice saying “no” in a mirror, or with a friend—whatever it takes for you to get used to saying that tiny, yet powerful, word. Soon it will feel like second nature, and your business (and personal life!) will be better than ever.

Before the negotiation begins, it’s important to know your bottom line. What’s the lowest number you’ll consider before walking away from the deal?

Then, decide what you’ll ask for in the negotiation, and aim high—as high as you can while still being relatively realistic (don’t ask for $1 million for a proofread). Even if this number feels ridiculous to you at first, know that you’ll negotiate down from there.

Start every negotiation by simply stating your common goal, in very general terms: “I would love to work with you, so let’s talk about ways we can make that happen.”

Strive for a respectful tone, and use “we” to show that you’re invested in working together to achieve a win-win result.

Once you’re in the middle of a negotiation, be careful not to show your cards. This gives the other person all the power, and you will lose ground without gaining anything.

These types of phrases give away your bargaining power and back you into a corner.

5. BE THE FIRST PERSON TO THROW OUT A (HIGH) NUMBER

Not showing your cards doesn’t mean you should avoid being the first person to throw out a number. In fact, studies have shown that the first number mentioned during a negotiation serves as an anchor, especially if the seller says it.

For example, if a graphic designer is negotiating with a CEO who wants a new logo, the graphic designer should be the first to say that the logo design will cost $10,000. Even if the CEO had planned on offering $4,000, he or she will usually respond with something closer to the anchor number, like $6,000.

As freelancers, we often feel caught between wanting to make our clients happy and still needing to make a living. Many times, we go above and beyond to find a quick “solution” that really isn’t addressing the root problem. One example of this is accepting projects that offer lower pay and/or unreasonable deadlines.

Instead of rushing into closing a deal that you know isn’t a good fit, give it time to breathe. Don’t rush into something just to make the other person happy—the beauty of negotiation is that it can, and should, benefit both sides.

7. BE PREPARED TO WALK AWAY

Let’s face it: walking away from a negotiation is hard. We’re often afraid to disappoint a prospective or current client, or we’re scared they might spread rumors about our business or try to go after us in some way. This is especially true with authority figures, such as an influential person in the community.

But it’s so important to be able to leave the contract on the table if the terms aren’t right for you. Just remember: walking away from the wrong client frees you up to attract your ideal client.