The Savvy Newcomer aims to serve newcomers to the translation and interpreting professions by publishing high-quality, peer-reviewed content on a weekly basis. We strive to provide you with the answers to the many questions you face as a new or aspiring translator or interpreter. Read more below to learn about the team of volunteers that helps to keep this blog running smoothly.

Helen Eby has been working in translation and interpreting since 1984. She has been participating actively in the ATA in different roles for quite a few years, helping with the Spanish Division, the Business Practices Education Committee, and the Interpreting Division. She is also involved in the ASTM Standards for Translation. Of course, she keeps it real by keeping it local, working with her local association in Oregon!

Catherine Christaki has been a full-time English-Greek translator since 2001 and co-owner of Toronto-based Lingua Greca Translations since 2012. Her specializations include IT (lead Greek translator for Apple since 2011), Medical and Technical texts. In 2013, she translated the popular guide for translation buyers, Translation: Getting It Right, into Greek.

She is active on social media, especially Twitter @LinguaGreca, which has been voted among the Top 25 Language Twitterers 6 years in a row (2011–2016). She writes the translation blog Adventures in Technical Translation and regularly talks about social media and blogging for translators in interviews and conferences. 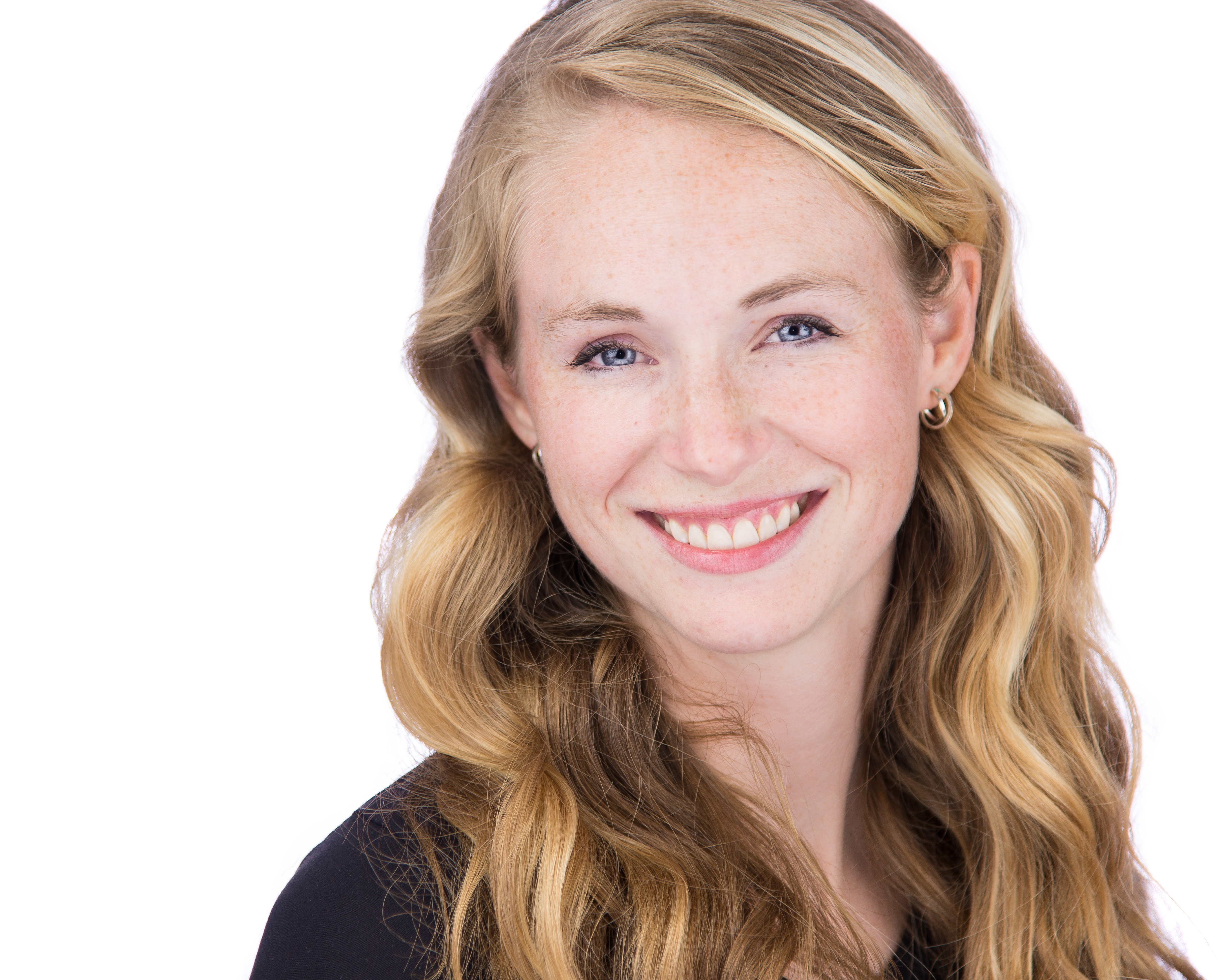 Jamie Hartz is an ATA-certified Spanish to English translator, transcriber, and editor. She is a full-time freelancer and specializes in legal and commercial translations. She had her first taste of translation while studying abroad in Seville, Spain. The university she was studying at offered an Introduction to Translation course, and since then, she hasn’t looked back! In May 2015, Jamie completed an M.A. in Translation (Spanish) at Kent State University. During the two-year degree, she worked part-time as a freelancer and part-time as a project manager at a language services provider. In June 2015, Jamie launched full-time as a freelancer. She currently serves as Secretary of her local ATA chapter, the Delaware Valley Translators Association.

Jamie has been participating in The Savvy Newcomer team since its inception in 2013. To learn more about Jamie, please visit her website.

Bianca Dasso is an Argentine interpreting student in her second year at Universidad del Salvador in Buenos Aires, Argentina. She started learning English in preschool, at the age of 3, and continued taking the regular courses until she graduated from high school. At the age of 8, she began attending English classes at Cultural Inglesa de Moreno, a private language school, where she currently teaches the language to young learners (from 2 to 10 years old). You can contact her by email at: bianca.dasso@gmail.com.

Daniela Guanipa began her career as a translator almost 17 years ago, shortly after graduating from college with a degree in International Relations. She had been involved with languages from a very early age, first attending an American school, then learning Portuguese with her Brazilian friends in Caracas. Yet, becoming a translator was not in her plans, until she took and passed a test with a film company offering free training as audiovisual translators for qualified candidates. Becoming a freelance translator for a film company in her hometown, Caracas, was a fortuitous event that opened her eyes to an uncharted territory for her. Since then, the world of translation and interpreting has become her home.

Her debut as audiovisual translator was only the beginning of a long and prosperous career that led her to accept various in-house positions –from Translations Coordinator for the film company, to Director of Translations in a well-known language company in Indianapolis, to Bilingual Case Manager and Interpreter at a law firm.

During this time, Daniela also started working as a part-time freelance translator, became an ATA-certified EN>ES translator, and a certified court interpreter through the State of Indiana. Her portfolio of clients grew to the point she became a full-time translator again and was finally able to live her passion. The next step was to be more actively involved in the T&I community, and she started volunteering at her local Chapter of the ATA, the Association of Translators and Interpreters of Florida (ATIF), where she currently serves as Vice-President. You can learn more about Daniela on her professional website, www.DanielaGuanipa.com, and follow her on Twitter at @daguarez.

Emily is an ATA-certified Spanish-English translator and the owner of Saffron Translations. She has lived between the US and Spain since 2004 and earned her master's in intercultural communication and public service translation and interpreting from the Universidad de Alcalá in 2014.

Emily specializes in translating medical texts from Castilian Spanish, with a focus on the pharmaceutical sector, and is also a certified Spanish-English health-care interpreter (CCHI, Oregon State). She served as the lead translator-interpreter for the Northwest US’s largest reproductive health-care provider from 2016 to 2017 and as a clinic assistant, phlebotomist and lab technician for the same organization from 2015 to 2016.

In addition to writing and editing for The Savvy Newcomer, Emily is also an author and editor for the ATA PR Writers Group and serves as Director on the Board of Directors of the Oregon Society of Translators and Interpreters (OSTI).

Emily has recently begun putting her passion for food and cooking to work by delving into culinary translation. She also works regularly as an editor and recently edited the English translation of an educational manual on the Yucatan Mayan language, originally published in Spanish and Mayan. Follow her musings on translation, medicine, Spain, and food (sometimes all four at once) on Twitter at @saffrontrans. You can also visit her website.

Flávia Lima is a freelance Portuguese interpreter and translator with experience in numerous fields and settings including immigration, medical, legal, and conference. Originally from Rio de Janeiro, Brazil, she holds a Licentiate degree in Linguistics from Centro Universitário de Barra Mansa, a graduate certificate in Translation from Universidade Estácio de Sá and is attending the Glendon Master of Conference Interpreting program at York University. Flávia also holds a Core CHI credential with the Certification Commission for Healthcare Interpreters.

Flávia is a strong advocate for raising the standards of the profession and is active in social media where she promotes the Translation and Interpretation profession on several different groups’ pages including: Interpreters & Translators Network, Intérpretes da Justiça Federal do Brasil, Arizona Translators & Interpreters and ATA Medical Division. She is assisting a project called Intérpretes da Justiça Federal do Brasil, the first ever code of ethics interpreter training in Brazil. Together with her partner Jaqueline Nordin, and the help of a Brazilian Federal Judge, she is working on the standardization of the federal court interpreter profession in Brazil.

David Friedman tailors Swedish messages for international target groups as a translator, copywriter, and copyeditor specializing in financial communications, IT, and web copy.

Hailing from South Florida, David moved to Sweden in 2007 to study languages at Lund University. His translation career began in 2009, and in 2011 he founded Lund Translation Team, a group of independent translators jointly marketing their services. By 2017, the majority of his work came from direct clients, which had been a long-time goal. In 2018, rising demand for his translation services and a desire to focus more on copywriting and copyediting prompted him to wrap up Lund Translation Team and rebrand to Friedman Strategic Copy AB.

David has served on a number of committees for the Swedish Association of Professional Translators (SFÖ), including those for continuing professional development, nominations, and marketing. He organized International Translation Day events in Lund in 2014 and 2015 and was also involved in planning Scandinavian Language Associations’ Meeting (SLAM!), a conference in Malmö in 2016 and 2018 with hundreds of attendees from around the world.

David has been a proud member of The Savvy Newcomer team since fall 2014. Follow him on Twitter: @Dave_FSC.

Cynthia graduated from Seattle Pacific University in June of 2015 with a major in Linguistics and Cultural Studies and a minor in Spanish, and is currently exploring the professional world. As a first step, she is working for her mother, Helen Eby, as the administrative assistant of Gaucha TI. Her interests and skills lean towards Spanish, editing, and writing.

Cynthia joined The Savvy Newcomer team as an editor shortly after she graduated from college. She expects her work on the team not only to help her see her own goals more clearly, but also to help others.

Kimberley is a freelance translator and Masters student in French translation at the Middlebury Institute of International Studies in Monterey, CA. She specializes in finance and corporate social responsibility. After an internship in Paris, she is currently trying to soak in every last bit of professorial wisdom as graduation quickly approaches. As a student member of the Savvy Newcomer team, Kimberley hopes her perspective will be helpful to other T&I students.

Lisa Carter is an acclaimed Spanish-to-English translator with nearly twenty years of experience and a published portfolio of seven books and several short stories. Her work has won the Alicia Gordon Award for Word Artistry in Translation and been nominated for the International IMPAC Dublin Literary Award. Through her company, Intralingo Inc., Lisa offers translation, writing and editing services, including online classes. You can find Lisa on her professional website at www.intralingo.com and follow her on Twitter at @intralingo.

Samantha Lisk lives in Durham, North Carolina. She is a graduate of Campbell University with a B.A. in English and a minor in Spanish, and she received a M.S. in Translation from New York University. Her language pair is Spanish>English. She is a member of the American Translators Association and its local chapter, the Carolina Association of Translators and Interpreters. She also runs her own business, Primavera Language Services, as a translator, editor, and proofreader. In her free time, Samantha enjoys reading, writing, watching classic films, drinking hot chocolate, and playing with her dog. You can find Samantha on her professional website at www.primaveralanguage.com and her LinkedIn profile, and you can follow her on Twitter at @PrimaveraLang.

Tweets by The Savvy Newcomer