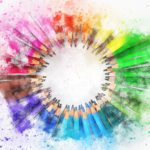 A few weeks ago, the European Union opened a process to recruit translators and proofreaders on fixed-term contracts to work within the EU institutions, primarily at its offices in Brussels and Luxembourg.

This recruitment process is open-ended: candidates may register their interest, and may be called for testing and subsequently offered a position, at any time. Applicants must be citizens of an EU member state.

To make an application please see the following links for further information and instructions:

Please address ALL enquiries regarding this recruitment process through the following link: https://epso.europa.eu/help_en

Do you speak English and/or French and – other languages are interested in a career as a translator? Then it is your lucky day .
Apply now to become a ninja…khmm… we mean translator https://t.co/nHs6FKa7Os
#EUcareers #myeucareers pic.twitter.com/DDzatwcLSS

This recruitment exercise for translators on fixed-term contracts, known as ‘CAST Permanent’, is distinct from the EU’s mechanism for taking on staff translators on indefinite contracts. That is done through periodic competitive examinations, open only to EU citizens. Such competitions are usually launched in the summer months. Further information is available in the attached document and here:

In addition, the EU’s institutions sometimes recruit freelance translation capacity, where the individuals carrying out translation work need not be based in Brussels or Luxembourg. For further information see the attached file and the following links:

The EU also offers paid translation traineeships (internships) for periods up to five months. A quota of traineeship places is set aside for non-EU citizens. For information see the attached document and this link:

**Would you like to receive news and event invitations from Europe House related to languages and translation? Ask me to put you on our mailing list**