Lesson 94: 9 Negotiation mistakes every translator has been guilty of at least once 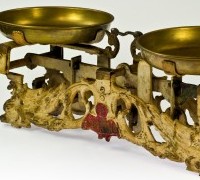 I thought it was a very relevant topic to cover because of many misconceptions around negotiation, and even more little mistakes we’re all guilty of. Negotiation is often seen as something dodgy, perhaps close to haggling. Oftentimes we expect that when we give our price, the client says yes (hopefully) or no and that’s it. I think we’re not really prepared to discuss the price and work required to find common ground, and in fact that’s what negotiation is: “a discussion aimed at reaching an agreement”.

This month, I discuss how to prepare for negotiations and how to carry them out, but let’s start with an overview of the most common mistakes, all of them I’ve been guilty of myself. I’m hoping that browsing through this list will challenge some of your assumptions about how you work and get paid for it.

The most common goal is just never even attempting to negotiate with a client. You give a price, the client says it’s too much, and that’s the end of it. There’s not really much discussion to reach an agreement here.

2. Allowing the client to control the situation

In fear of negotiating, or perhaps naming a price too high, we may just let the client dictate the conditions, and then sheepishly accept them. Of course, this is very dangerous for your business, not to even mention that it looks like shifting responsibility for your profits (or apportioning blame for the lack thereof) onto somebody else.

3. Failing to listen to your client’s needs

When I was starting early in my career, I was so excited when a client would approach me that I’d send them long emails with detailed offers and great benefits of translation for their business without even trying to listen in and analyse when the client may really need. Since I changed the tactics and concentrated on asking as many questions as needed before naming the price, I’ve managed to become much more effective in negotiating.

4. Negotiating only on price

Money is only one element of the exchange, but it’s surely not the only variable we should negotiate on. When a client tells me that my quote is too high – already a sign that they’re open to negotiation – I may offer some flexibility here if other terms change, too, for example I won’t offer a glossary, or remove SEO keywords research from services provided.

5. Not asking the client for a budget first

Of course, asking if a client has a budget in mind doesn’t mean that they’re going to tell us what it is. But asking for their budget has two strong benefits. First, if you see that their budget is way too low, you can already decide if you want to take the exchange further or just stop there. Second, you’ll be surprised how many clients are prepared to pay more than you initially had in mind.

Explaining to the client why the price is justified by using benefits that they relate to is perhaps the most common cause of failing offers. Every client will only be prepared to pay for something if they believe it’s valuable and beneficial.

How many times did you offer a lower fee right after the client said what you quoted initially was too much? This is called ‘negotiating against yourself’ and is one of the most common negotiation mistakes. If the client says your offer is too pricey, ask them for a counter-offer.

It took me a while to understand this: “Negotiations are about building a relationship, so if either side is not happy at the end, then it wasn’t a negotiation. Negotiate until both sides are happy”. Isn’t it a real transformation of how to perceive negotiation?

“No, they just can’t pay that much for it” is what I often used to think in the past. We tend to go down that road because we, as freelancers, often operate on much smaller budgets than our clients, so we have a different perspective on the amount we quote.

My question now is, of course, what negotiation mistakes have you committed or came across?