This post was originally published on A Translator Thinking Outside the Box. It is reposted with permission.

December’s always been a crazy month for me. Work pours in ahead of the Holiday Season, the house and the pool get more crowded and noisy than usual with my two teenage boys out of school, not to mention preparations for Christmas’ Eve, which we usually spend at home with family and friends.

Every year during this busy season, no matter how swamped I may be, I take some time to greet my translation agency project managers, and thank them for another year of close collaboration and good work together.

After all the complaining about translation agencies and project managers we can read about on the social networks these days, some people may find it odd that I’m talking about closely collaborating, doing a great job together, and giving heartfelt thanks.

I think the secret lies in becoming consciously aware that it’s you who chooses who you work with, what agencies you work for, and even which individuals inside those organizations you accept work from. Very much the same as in your personal life, there’s no point in sweating over relationships that’ll lead you nowhere. As freelancers, we’re perhaps the only ones in the labor market empowered to do so.

So, embrace the idea that, as a service provider and an entrepreneur, you choose who you provide your valuable services to. But (big BUT here), once you’ve done so, take precious care of those client-provider relationships you’ve established, and nurture them day in, day out.

The checklist below will help you test your existing/potential relationships with translation agencies/project managers. This is only a starting point— individual translators may have their own criteria to add in order to customize the checklist as needed. 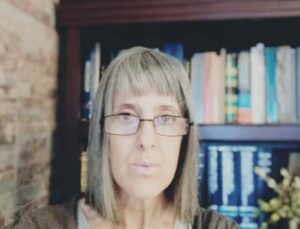 Nora Torres is an English<>Spanish translator, expert back-translator, localizer, proofreader, quality manager, and linguistic validation consultant. Nora holds a B.A. in Translation with a Major in Law from the University of Buenos Aires, and has been in the translation industry for more than 35 years now. Initially an in-house translator for the largest publicly-held bank in Argentina and a classroom-based and distance-education Teacher of English for International Trade, she became a freelance translator in 1992. Nora was Vice-President of FairTradeNet, a Geneva-based association of freelance translators and, as such, was part of the delegation representing FTN at the World Summit on the Information Society in December 2003.