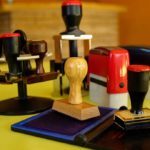 Reblogged from The ATA Chronicle, with permission

ATA certification continues to be a sought-after credential. As a way to prepare for this demanding exam, ATA has been offering practice tests for many years, which are real exam passages that have been “retired.” In addition to the practice test, ATA has been offering exam preparation workshops taught by ATA exam graders to help candidates better understand how to prepare for the exam. In the past three years, ATA has offered regional workshops in Boston, Alexandria, Houston, and Mexico City. These workshops are also offered at ATA’s Annual Conference, including this year in Palm Springs.

The three-hour workshop for Spanish<>English includes an analysis of the different error categories and a practice test that registered participants are invited to complete and submit prior to the workshop. The graded practice tests are returned during the workshop and used as the basis for discussion of the passage. Here are some of the most common errors made by candidates in the English>Spanish combination.

Many candidates mimic the English syntax without stopping to consider that Spanish sentences often have to be organized differently. English is a more concise language than Spanish, and sometimes it’s necessary to change word order in a translation, or to provide a verb or an article that is not present in English. Common errors include the absence of definite and indefinite articles, the mimicking of the passive voice, and the use of prepositions that don’t reflect Spanish usage.

These are English words that resemble Spanish words in their spelling, but have a different, sometimes opposite, meaning. As their name indicates, these words are very untrustworthy. Many candidates tend to choose the word that looks like the English for their translation, and, in so doing, make a transfer error. The more an English word resembles a Spanish one, the more necessary it is to verify that the meaning is the one that we need in the target language. Always confirm this using a monolingual dictionary.

Incorrect Use of Present Continuous Tense and Gerund/Present Participle:

This is one aspect of grammar that’s very different in English and Spanish. Most of the time, in Spanish we cannot imitate the use of the present continuous tense or gerund/present participle. In fact, this is an aspect of Spanish grammar that requires study and practice. Just because you see a verb ending in –ing in English doesn’t mean you can replicate it in Spanish. Candidates lose a lot of points because they don’t understand the correct use of the present continuous tense and gerund/present participle in Spanish.

These are what we call “controllable” errors. Mechanical errors are those evident to a Spanish reader without having to compare the text to the English original. Such errors include punctuation, capitalization, spelling, diacritical marks, grammar, and syntax. I say they are “controllable” because ATA’s certification exam is an open-book exam. It is therefore possible, and encouraged, for candidates to consult dictionaries, grammar books, and style manuals during the exam. As graders, we’ve found a number of candidates who fail due to mechanical errors. In other words, the candidate transfers the meaning well from English into Spanish, but makes too many mechanical errors.

If you’re planning to take the certification exam in the English>Spanish combination, a practice test is the place to start. Brush up on your Spanish grammar and consult some style manuals to guide you in avoiding mechanical errors. And if you’re able, attend one of the regional workshops that are being offered a few times a year in different parts of the country and at ATA’s Annual Conference in the fall.

Mercedes De la Rosa-Sherman, CT has been a professional translator for over 30 years. An ATA-certified English>Spanish translator and a member of ATA’s Certification Committee, she has been a grader for ATA’s English>Spanish certification exam for over 10 years. She is also a state and federally certified court interpreter. She has a master’s degree in medical translation. Contact: delarosasherman@gmail.com.