The Seven Virtues of the New Translation Era 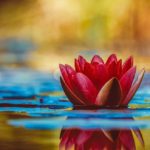 Building on the Rubble of the Shattered “Poverty Cult”

This article was first published in 1997 on the NCTA (Northern California Translators Association) website in the earliest days of the web. It’s a window into the translation industry as it existed more than 20 years ago, but the advice is more important than ever in today’s supercharged technology and business environment.

There is a great vibrancy and dynamism in the U.S. translation community today as translators stand up and refuse to surrender to the prevailing undertow of the “Poverty Cult,” a disease diagnosed and declared dead by Neil Inglis at the ATA Regional Conference in Washington, D.C. Inglis characterized what might be termed the Seven Deadly Sins of the Poverty Cult as “envying the success of others, gloating over the failure of others; a pervasive sense that it is better for everybody to fail than for a few to succeed; a sickly squeamishness where the subject of money is concerned; shabby gentility, more shabby than genteel; a widespread conviction that it is better to have a little and be secure than to take a gamble and risk losing everything; and last, and very much least, schadenfreude mixed with sour grapes.” I hereby offer the following Seven Virtues as guidelines for the aspiring translator striving to “cast off the counterproductive mentalities that paralyze translator progress in the United States.” 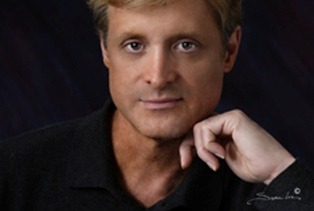 Translator, linguist, media commentator and business executive Kevin Hendzel draws on over 35 years of experience in the translation and localization industry in a broad range of roles, including translator, language lead, company owner, lexicographer, media commentator, and national event panelist. His blog, Word Prisms, is an award-winning blog on translation, technology and the modern business of language, and has over 6,000 registered viewers from all over the world (http://www.kevinhendzel.com/blog/).

As the official translator of 34 published books in physics and engineering and 10,000 articles for the Russian Academy of Sciences, Kevin Hendzel is also one of the most widely published translators in the English language. Kevin’s professional background includes an extended period working on the US-Russia Direct Communications Link, also known as the Presidential “Hotline,” where he was Senior Linguist of the technical translation staff. Between 1992 and 2008, Kevin worked to advance ASET International Services Corp. to become the leading firm on all nuclear programs in the former Soviet Union before selling the company with his business partner in 2008.

Kevin was the original architect of the ATA national media program launched in 2001. Between 2001 and 2012 he served as National Media Spokesman of the American Translators Association. During that period he appeared on CNN, FoxNews Live, ABC World News Tonight, CBS News, NBC News, MSNBC, National Public Radio, Voice of America, PBS, The New York Times, the Washington Post, the AP wire service, Reuters, The Atlanta Journal-Constitution, USA Today, Wired and many more outlets promoting translation and interpretation services as vital to commerce, diplomacy, security, and culture.