When I was president of the Michigan Translators/Interpreters Network (MiTiN, pronounced “mitten,” get it?) a few years ago, I saw a long-lost member at an ATA conference. We had both joined in the 1990s. I went on to a freelance career as a translator, and he ended up owning a large language service provider. I pointed out that he hadn’t been to any of the seminars for a long time, and he said, “I don’t know. I used to get so much out of it when the old guys were still alive, but now I don’t.” I told him the newer members could learn a lot from him now, and he replied, “Oh! I guess I’m the old guy now!”

He was exactly right. And so am I. However, I kept attending all the MiTiN events I could even after I was experienced. I ascended to the board and then to the presidency, so I wound up being the old guy giving advice, along with my seasoned colleagues and fellow board members.

ATA chapters like MiTiN get a lot of new members who haven’t started translating or interpreting careers yet and want guidance. When recessions start, the organization gets lots of e-mails that say things like, “i wanna no how i gonna get certfy like traslater i no my linguig and my englsh perfect.”

Obviously, the guy who wrote that e-mail probably won’t have a translation career anytime soon, but there were others who had formidable prowess in their languages and could have gone on to illustrious careers but didn’t. Often, this was because of various self-defeating mindsets that became obvious when they asked us for guidance.

Here are four of those mindsets:

Some people believe they can predict the future, even though they can’t. And for some strange reason, the future they predict is always disastrous. We would explain how to practice translation and prospect clients, and this type of person might say, “The only work available in my language is in the petroleum industry, and I’m not interested in that, and I don’t know anything about it.” In fact, I knew lots of people working in her language pair who had good careers translating in any number of very different fields, but this person thought she could see the future and “knew” there was “no opportunity.” Okay, so why are you at this meeting? Why are you asking me for help?

Don’t assume you can tell the future, because there are all kinds of unpredictable opportunities in the world in an unknowable number of fields. Just because you can’t imagine the work now, doesn’t mean it won’t find you if your presence in the translation universe becomes known. And just because others are failing to find work doesn’t mean there’s no work for you. Quit trying to be a fortuneteller and just go do things.

Paranoia About Everything and Everybody

In his fantastic book, Confessions of a Recruiting Director — which everyone should read — Brad Karsh talks about the mentality of some job applicants who think everyone is trying to trick them. He presents this fictitious conversation between himself and his boss:

I would NOT come back from a university recruiting trip and say, “Guess what, boss? I was so evil, so terrorizing, so deceitful that I got each and every student to screw up during the interview and we’re not hiring anyone!”

And he would NOT say, “Great job, Brad! You haven’t hired anyone in five years. Keep up the good work; you’re the best recruiting director we’ve ever had!”

Many people entering the translation field — and some who’ve been in it for a long time — walk around convinced that everybody in the industry is trying to trick or exploit them. There are shysters around, but it’s easy to detect them and not work for them anymore. However, this paranoid type of translator is so convinced that there’s a conspiracy behind everything that they miss career opportunities and don’t advance in technology.

I have met translators who still don’t use CAT tools, not because their specific work makes it impractical, but because they think CAT tools were more or less invented so that translation agencies could “steal” their work and hire crummy translators to take their place. First off, if the agency pays you for your work, then obviously they aren’t stealing from you. But secondly, the reason an agency keeps contacting you, CAT tool or not, is that they want the benefit of your skills, not those of a worse translator.

Don’t run around thinking that everybody is trying to exploit you. Most of the time, nobody can exploit you unless you allow them to.

Some translators’ careers suffer or even die on the vine because they refuse to realize there are possibilities beyond the work they are doing now. They are not open to realizing that there are opportunities they haven’t imagined, so they resist taking steps that might unlock advantages they haven’t anticipated.

I used to see this a lot at CAT tool seminars I’d hold for MiTiN. Some translators would say, “This isn’t really useful in my business, because the kind of work I get doesn’t require a CAT tool.” Maybe not, but the reason you don’t get work that requires a CAT tool may be that you don’t have a CAT tool.

My analogy was to tell a story about a man who’s making his living weeding people’s gardens. Soon his customers ask him if he also cuts lawns. He tells them he knows how to cut lawns but doesn’t have a lawnmower. They ask him when he’ll get one, but he doesn’t want to buy a mower until he’s already got a good deal of business cutting lawns. The trouble is that he’ll never get lawn-cutting business if he doesn’t have a lawnmower. Soon his customers are also giving the weeding jobs to the people who have lawnmowers, and the guy who hesitated to buy a mower has lost business instead of gaining it.

When I first began my career as a translator, in the early days of CAT tools, I sprung for the program now known as Wordfast Classic, having no idea what the result would be, but KABOOM! The fact that I had any CAT tool tripled my business. Then one client got me to adopt MemoQ, and that brought in more business. It attracted business in multiples, because still other clients sent me business because I had that program. Now I work in any CAT tool a good client wants me to, including MemoQ, Wordfast, Trados and Transit, among others. Each tool you learn ends up attracting more clients than just the client who asked you to use it — and the added revenue more than makes up for the money you spent.

However, I still fall into that failure-to-imagine-unseen-opportunities category myself. At one conference I met a man who asked about the free CAT tool OmegaT. I told him I’d never had a client ask for it, so I didn’t think he’d get anywhere with it. I was wrong. He said there’s a niche market that uses that tool and that he makes a good living with it.

Don’t limit yourself through lack of imagination. There are always opportunities in the world that you haven’t perceived yet. Rattle something in your work life, and they’ll appear.

Nobody can make a career as a car mechanic by doing everything with his bare hands, his teeth, a whiffle bat from the trash, and a stick he found on the ground. A mechanic starting out has to buy a set of tools — and he’ll need to add to those tools as he prospers and as technology changes.

I live near a very poor area, where I sometimes see business empires built. They often start out in an abandoned gas station, and a hand-painted sign will go up that says, Joe’s Hand Carwash. Joe and his friend have bought some buckets, rags, and soap and they’re up and running. In a few months, the sign will say, “Joe’s Hand Carwash — Engine steam cleaning.” They’ve gotten a used steam cleaning machine somewhere. Then they start selling pop and chips out of the office, and this gradually expands to a party store (which is what people in my area call a private convenience store or bodega, not to be confused with a party supply store). With time, all this can become an automated and hand carwash, a full-blown grocery store, and other businesses extending down the block.

Every step toward building this business empire called for the owners to spend money to get the equipment that made the next stage possible. And it’s no different in a translation business. You already have a computer, but maybe growth will depend on the purchase of a CAT tool. If you get a lot of scanned documents in your practice, maybe getting optical character recognition (OCR) software, combined with the CAT tool, will vastly boost your profitability. If your clients send you a lot of locked PDFs that they say they can’t find the original documents for, then you may have to spend a few bucks on a PDF password cracker program, so that you can extract the text and work more efficiently. If you’re transcribing a lot, or subtitling, you may have to buy professional transcription or subtitling software and a foot pedal to speed you up. Time is money, so if the software or equipment will make money for you, don’t hesitate to spend for it. You may have to do it gradually, like Joe at the hand carwash, but if you’re astute and spend on the right things, you’ll see your fortunes improve.

But many translators resist getting the tools they need to grow their business.

One thing you might find about the translation field is that a lot of translators are cheap and don’t want to pay for what they use. They’ll scream bloody murder if they think someone is going to steal their intellectual property, but they aggressively go about acquiring illegal copies of software, so they don’t have to pay for it. Keep in mind that other people also deserve to be paid for their work, so don’t steal from them. Just because you can’t see them doesn’t mean they’re not there and that you’re not doing them an injustice.

Do not hesitate to purchase the tools you need for a good, growing career. And pay the people who make what you use — don’t steal from them.

Keep your mind open and your thinking clear. Jostle your routines from time to time and opportunities will appear. Your career can go somewhere, if you let it. 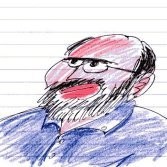 James Kirchner is a translator working from German, Czech, French and Slovak into English. Because he works in two “small languages,” he has had to develop a larger-than-normal number of specializations, but mainly does technical, marketing and fine arts translations. James is a past president of the Michigan Translators/Interpreters Network (MiTiN), which is the Michigan chapter of the ATA. He has a BFA in Fine Arts from the College for Creative Studies and an MA in Linguistics from Wayne State University, as well as a Czech Proficiency Certificate from the Státní Jazyková škola in Prague. He has a black belt in Aikido and Karate and is an avid intermediate student of Taekwondo and Iaido.