Your Networking Mistakes are Turning People Off

This post originally appeared on SBO blog and it is republished with permission.

I’ve been networking regularly for about eight years now, gradually increasing the frequency from once a month to at least once a week, sometimes more. As I eased into the rhythm of networking and kept seeing familiar faces (Singapore is really darn small), things got a little boring. And then I started people watching.

It’s actually an interesting exercise to step out of being a participant and into an observer’s point of view. It dawned on me that I was once (and sometimes still am) that douchebag who unintentionally (and now sometimes intentionally, for good reasons, of course) behaved inappropriately.

It’s forgivable if you’re a newbie, but many people remain oblivious to despite going to countless networking events. Let’s count your sins.

It’s easy for people to tell when you’re networking without a purpose, and they’re likely to think that you’re a time-waster and probably unreliable.

Networking needs to be intentional, even if the intention is as mundane as going there to see who you can possibly connect with. Or maybe you’re looking for more business and want to qualify some prospects. Whatever it is, find a reason to be there. Your actions and chats will become purposeful. People can see that and might even mistake that as confidence.

But of course, this can swing the other way as well, that is approaching the session very intentionally with the goal of selling.

Going with every intention to sell

A casual survey that I had conducted on a Facebook group revealed that most people hate hard-sellers.

If you’re pulling out your sales deck or portfolio the first time you meet someone, then you’re doing it wrong. Networkers, especially the seasoned ones, can detect desperation. This very aggressive approach to networking turns people off almost instantly.

Remember that networking requires some time investment. It’s all about sowing seeds. Even if the relationships that you’ve nurtured don’t result in a direct sale, they might end up passing referrals to you, simply because you’ve been a sincere friend.

… grab an extroverted friend, explain your fear and willingness to face it, and get said friend to help you open up conversations.

Networking means jumping into the pit with everyone. If you’re going to stay in one corner and just wait for people to approach, you’re better off saving your money and staying home. Furthermore, the impression you’d be leaving would be that creep who’s at a corner, and the longer you stay in that corner, the more people will never approach you.

If you’re afraid of crowds but still wish to push boundaries through networking, that’s great! Try approaching someone that’s away from the crowd (there’s always at least one other person) and strike a conversation. Another way is to grab an extroverted friend, explain your fear and willingness to face it, and get said friend to help you open up conversations.

Go talk to someone!

Conversation is a two-way street. When you get into a conversation with someone, don’t just give a one-worded reply or wait for the other party to ask more questions. This comes across as insincere and disinterested.

Take a real interest in what people are doing. Reciprocate with genuine questions. Showing that you are curious will encourage people to share more.

Beating around the bush

If you’re going to get someone as a client, they are going to find out who you really are sooner or later. Can they trust you to be honest and professional with their money when you’re not forthcoming?

The most common trades that are present at any networking sessions are financial planners and property agents. The decent ones will not mince their words and just tell you straight up who they are, then tell you what’s different about them. This is great because it saves everyone time. The interested parties can stay, the rest can move on.

Then there are the annoying ones telling you some variation of their job, such as “finance industry professional”, “wealth manager” or “investment strategist”, and only upon probing further that people realise who they really are.

Now think about it. If you’re going to get someone as a client, they are going to find out who you really are sooner or later. Can they trust you to be honest and professional with their money when you’re not forthcoming?

People don’t like to be treated as a number, a game or both.

To some people, networking is but a numbers game. The more people you come into contact, the better. These people seem to be always in a rush, shoving their name cards into people’s hands as if they are flyers. The more creative ones give out other forms of marketing collaterals, including gifts, in place of name cards, but that doesn’t make it less offensive.

People don’t like to be treated as a number, a game or both. They want to be treated as a valued individual. Even if you’re in a rush, linger for a while, ask a few questions and at least try to understand the other party at a superficial level. When you really need to go, apologise and offer to arrange a separate time to catch up.

If you’re still not convinced and insist on doing this, you’re better off standing at the MRT station giving out flyers. You’d capture a lot more people.

While it’s true that networking is all about talking, it’s not all about you. People didn’t pony up and gather at a place at their free time to hear you ramble on and on about yourself. Don’t hog the individual. As interesting as that person may be, he or she would like to know more people too.

Be aware of the conversation. It’s obvious that you’re just talking to yourself when nobody’s asking you questions. But if you find someone who really does ask a lot about you, find an opportune time to turn the tables around and say, “I’ve been talking so much about myself, but I hardly know you!”, then follow up with a question.

Another good rule of thumb is to move on after some time. “Some time” is really subjective because it depends on how many people are there and how much time you have. In doubt, keep to 5-10 minutes and move on.

Asking to be added to someone’s personal social media

Unless you’re talking about LinkedIn or if you’re sure the other party feels as if you’re a long lost twin, do not ask to be added on Facebook, Instagram or the likes. It may come across as an invasion of privacy, particularly when you’ve just met. Think of how uncomfortable you’d be when a stranger comes so close to you that you can feel their breath. Yup, it’s that creepy.

Be a friend first before asking to be added to their personal social network. If you can’t wait, LinkedIn is the closest you should get.

That’s simply rude. You’re sending the message that you’re either not interested or not paying attention.

If you’re keen on the conversation but really have to attend to your phone or someone else, apologise and tell that person that you’ll get back later once you’re done.

If you’re not keen, find an excuse and move along.

Pro tip: Unless you have an image to keep, using your phone is actually a good strategy to turn off those that you don’t want to talk to. I’ll share more in a future article.

Stop checking your mobile phone when someone’s talking to you!

Turn a coffee session into a sales meeting

If you asked for a coffee session, keep it as is. Don’t start whipping out your slide deck and present your product.

A coffee session with someone you’re keen to work with is a good idea as a follow-up to a networking session. But be very clear of what you asked for. If you asked for a coffee session, keep it as is. Don’t start whipping out your slide deck and present your product.

That session is good for you to understand the other party at a deeper level. Find out what they do and the challenges they face. With all that information, you’d be positioning yourself better to offer a solution and, eventually, close the deal. Even if you don’t, you’ve probably forged a stronger relationship with a potential source of referrals.

Even till today, I’m guilty of some of these mistakes (an introvert loves to be a wallflower). Just being a little more mindful helps you to become a better networker, leave good impressions and form stronger relationships.

Have you observed any other annoying behaviour? Comment below. 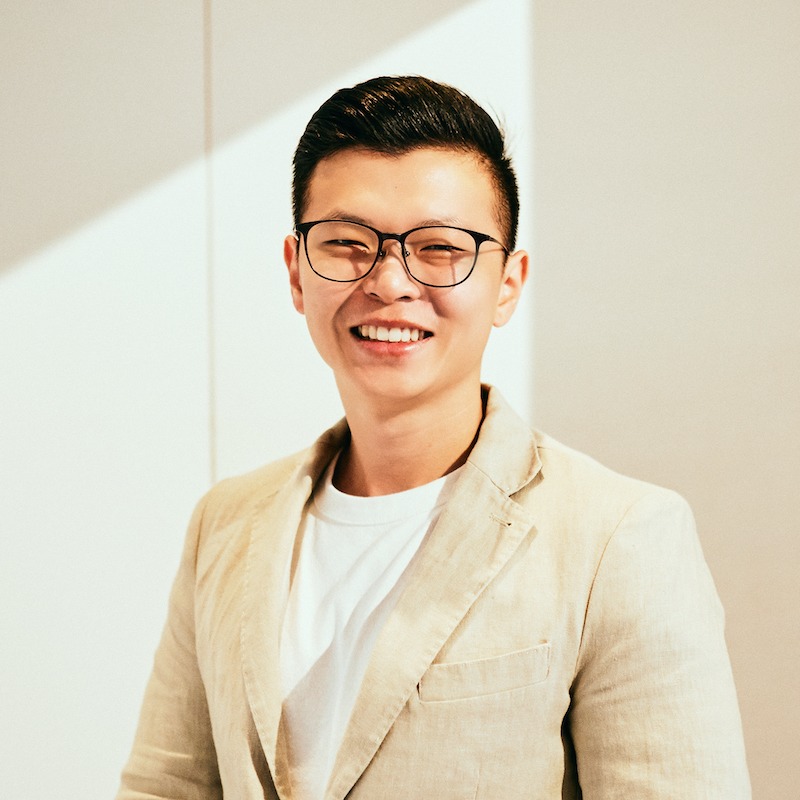 Vinleon Ang is the chief editor of Singapore Business Owners, a small business magazine that talks about businesses in Singapore. He is passionate about content marketing and building magazine titles. He is also available for consulting and partnerships. Feel free to connect with him on LinkedIn.