How Does the ATA Nomination Process Work? 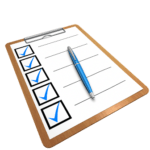 Who creates that slate of candidates that we see every year? How does the nomination process work? May I nominate myself? What are the criteria used to decide who should run? This article is an attempt to shed light on a process that is unknown to much of ATA’s membership. We also want to describe here some changes made recently, as well as some new changes for this year.

The committee we are talking about used to be called simply the Nominating Committee. A bylaws amendment in 2009 changed it to the Nominating and Leadership Development Committee. As the name implies, the change expanded the committee’s charge to help produce a pipeline of future leaders.

The Nominating and Leadership Development Committee always consists of five people, per ATA bylaws (Article VII, Section 2d). These five people are appointed at the winter Board meeting to serve during the following year. The committee members for 2015 are: Dorothee Racette (chair), Tony Guerra, Susanne van Eyl, Connie Prener, and Karen Tkaczyk. The committee continually identifies people, helps them find the right volunteer spot within the Association, keeps an eye on the quality of the work they are doing in their current role, and finds out whether they are interested in running the following year.

Why is ATA interested in leadership development for its Board and potential future candidates? While historically there has been a wealth of talent on the Board from the membership that has sustained and cultivated the vibrant organization that it is today, ATA recognizes that its continued effectiveness and future relevance depend on the strength and clear vision of its leadership. Therefore, plans call for expanding the committee’s activities in the area of training.

Leadership training for individuals would assist in assimilating new Board members, succession planning, developing high potentials, navigating organizational culture, and removing “blind spots.” Leadership training for the Board would work to cultivate team alignment and encourage the integration of and adaptation to changing cultures. It would also work to build trust and awareness among the Board to facilitate consensus, collaboration, and accountability.

A leadership development program should improve leadership competencies, such as improved engagement and more focused and increased Board productivity. In summary, leadership training is designed to help leaders discover more effective and productive ways to achieve personal and professional goals, create alignment with ATA’s organizational culture, and promote strategic objectives. ATA Board members would have an opportunity to enhance their existing skills and resources and to develop creative and innovative solutions to address effectively the challenges of representing the interests of ATA and its membership. We will take a first step in this direction by holding an invitation-only Leadership Development training session at ATA’s 56th Annual Conference in Miami (November 4-7, 2015).

The Nominating and Leadership Development Committee is active throughout the year. Our activities for the new election cycle begin during the Annual Conference. After the election, the committee holds a follow-up meeting to discuss the candidates’ presentations, as well as what we learned from them that can be passed on to future candidates. Also during the conference, committee members approach people we have contacted previously as potential future nominees to see if they have any questions or concerns about the process.

The committee gets together early in the year to discuss the slate for the upcoming elections. In preparation for the meeting we contact committee chairs, division administrators, chapter and affiliated group presidents, Board members, and others to solicit nominations and recommendations. We maintain a database of people who have been recommended, along with associated information. That includes their profession (e.g., interpreter, translator, educator, company owner, or employee), language pairs, and contributions to ATA and the translating/interpreting professions.

We discuss the individuals who are brought to our attention. We also examine the information provided by those who nominate candidates. The committee has developed a list of criteria an ideal candidate should meet. For instance, to cite just a few of them, we are looking for people who demonstrate leadership, of whom others speak highly, who are articulate, and who are team-oriented. Then we ask questions like:

In order to present a balanced slate to the membership, we aim to include candidates from all the various areas of our profession. We make an effort to ensure that each is represented in a way that reflects reality. To cite an example, if the term of a director who is an interpreter is about to expire, we will try to put a candidate who is also an interpreter on the slate for that year.

Another consideration is gender. Since a majority of ATA members are female, if four women were leaving the Board in a given year, it would be odd to have a slate composed entirely of men. Other less crucial factors include language pair and geography. We are not terribly worried about French translators or residents of New England taking over ATA, but we would consider the information to see if a proposed slate would be adding diversity.

Once we have created a list of potential nominees, we begin our deliberations. Typical of the questions we raise about each of the candidates are the following:

Once the committee feels that the slate is complete, the nominees are contacted and informed that we support their candidacy. Once the finalized slate is reported to the Board, the committee is available to the candidates for fact-checking written statements and draft speeches. We also have guidelines available to prepare for the actual candidate presentations at the Annual Conference, but it is up to the candidates to devise a way to present themselves in the best light possible.

As part of the committee’s continuous review process, the actual nominating application was revised significantly this year. Some of the questions listed on the old Nominating Form were no longer relevant. In addition, some questions were appropriate only for nominating other people, while other items pertained to members who were nominating themselves.

In response, the committee broke up the Nominating Form into one appropriate for self-nominations and one for people being nominated by others. We also felt that there was a place for a tailored set of questions for those nominating or being nominated for officer positions (secretary, treasurer, and president-elect). With this in mind, we have created four separate forms, each with a matching job description for reference:

Another minor change is that the forms can now be completed and submitted online. Here are examples of questions on the new forms:

We are confident that these efforts to cultivate tomorrow’s leaders will ensure a strong, vibrant Association. If you have any suggestions for the nomination process or for the development of the Association’s leadership, please send them to nominations@atanet.org. The nomination period for 2015 is now open. You can find nomination forms at www.atanet.org/elections. php. The deadline is March 1, 2015. We hope that the process is now clear and look forward to receiving many great nominations this year.