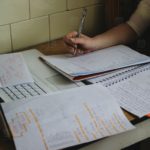 I prepared for the ATA Translation Certification exam with my Oregon Society of Translators and Interpreters (OSTI) colleagues. The exam has an overall pass rate of under 20%, which varies by language pair and exam year. We took our preparation seriously.

On the ATA exam, every point counts against you. ATA has published a list of errors they check against and a rubric that explains how they assign points to each error. To pass, you cannot accumulate more than 17 points. If you do, you fail! In our OSTI study program, we spent 25 online sessions plus a couple of in-person meetings working on how to internalize these rubrics. This made us all better translators and interpreters.

Some comments from study group members who took the exam in Bend, Oregon:

“I found the test to be very challenging even with our preparations. You can tell they intentionally set the bar very high! Although I can’t pinpoint seeing any specific tripwire on the test that we tackled in our group, it’s clear that our hard work left me much more prepared than I would have been otherwise.” Emily Safrin

“I feel the same way; I found the exam more difficult than the different practice tests I worked on through the study group. Even though I work on a different language pair, the group discussions about the English source texts helped me regarding terminology or tricky sentences.” Myriam Grandchamp

Keyboarded exams are a new development for ATA. Test-takers are allowed to bring their own computers to the site, but have to save the translation onto a USB provided by ATA, not onto their hard drives. The guidelines for the computerized exam are listed here. See this link for a list of approved and banned websites.

I took the keyboarded exam from English into Spanish in Philadelphia. I had spent the previous day at the Delaware Valley Translators Association (DVTA) conference, enjoying being at an event where I had no responsibilities, being just one of the crowd. There, Tony Guerra, the DVTA president, reminded us that certified translators earn an average of $10,000 more per year than non-certified translators. The pressure was on! But I was relaxed.

Before the exam, I had done some things that helped me focus on good writing. I had just attended the Editorial Freelancers Association conference in New York, which focused on copy editing. I also spent a lot of time reading good literature on my iPad the week before.

Instead of carrying a load of dictionaries from the West Coast, I used the bookmarks on the OSTI resources page and on the Mosqueteras site, a blog focused on good Spanish writing, as my references. That was why we had been setting them up over the year! I also had a few of my favorite quick reference hard copy books.

What did I do during the keyboarded exam?

What did I find in the review process?

I noticed that my typing was bad. I was fixing typos right up until the end of the three hours! Not having spell check affected my ability to type well.

We had to work in WordPad, which does not have a spell check, but I could check terms in online dictionaries. So I did! In some cases, that led me to a better solution.

I used the online resources available effectively. It was certainly nice to not have to travel with a suitcase full of books! However, having a few hard copy books was very helpful.

I also took creative breaks by coloring and doing pushups against the wall on my way back from the bathroom. This helped clear my head from the translation and look at it with fresh eyes. The proctors who observed me coloring told me they had never seen that before. (For online exams, there is one proctor for every five test-takers, to keep an eye on what is on the computer screens.)

I took the written exam from Spanish to English in Bend, Oregon. Here, I was taking the exam with my friends. It was fun! I walked in with my suitcase full of dictionaries. Because of my practice test results, I felt confident. Regardless, I spent some time the night before reading good literature, so my brain would be tuned into good English and Spanish.

My translation process was similar to the one I had experimented with in Philadelphia. It was fresh in my mind, since I had taken the exam two weeks before. The breaks helped.

In this exam, I didn’t have to worry about typos. I just had to worry about my handwriting. Honestly, it’s just as bad! And I scratched my paper up so much that I really missed the option of doing a cut and paste so the grader could read a clean document. I have attended some sessions where we have been told to not fret over handing over a clean document. They would rather have us focus on just finishing the job. So I did.

While I waited for the results, it was helpful to remind myself that I am just as good a translator today as I was yesterday. In November I learned that I passed the Spanish to English certification exam and did not pass the English to Spanish certification exam. I also recently passed an exam administered by the Washington State Department of Social and Health Services, so I am now a Washington State certified English to Spanish Document Translator (see this link for more information).

As my study group focused on cracking the certification code, we were focusing on the details of what makes a translation better. Now that I am certified, as I do my regular work as a translator and reviewer of other people’s work, I feel that we should use the ATA list of errors and the flowchart for error point decisions to help us grow and to provide better peer review. Thank you, ATA, for providing a great framework for professional growth! I plan to keep using it.