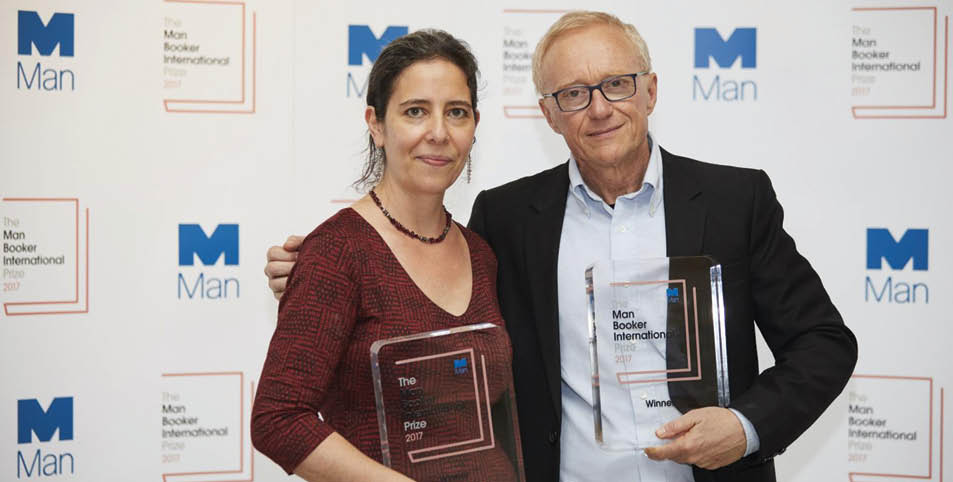 Jessica Cohen, winner of the 2017 Man Booker International Prize, shares her thoughts on literary translation, including what it’s like to collaborate with one of Israel’s finest writers.

Jessica Cohen, a freelance English<>Hebrew literary translator born in England and raised in Israel, has come a long way since winning ATA’s Student Translation Award in 2000. Jessica started her freelance career in 1998. Her first book-length translation was published in 2003, and over the years she devoted more and more time to literary translation while maintaining a commercial translation business. Since 2012, she has focused exclusively on literary and creative translation. She has worked with some of Israel’s finest writers, including Assaf Gavron, David Grossman, Amir Gutfreund, Yael Hedaya, Etgar Keret, Ronit Matalon, Rutu Modan, and Tom Segev, as well as prominent screenwriters such as Ari Folman and Ron Leshem. Her translations have been published in English by leading U.S. publishers.

In June of 2017, Jessica and David Grossman won the Man Booker International Prize for the year’s best-translated work of a fiction novel. Grossman and Cohen shared the £50,000 prize, which was awarded to Cohen’s English translation of A Horse Walks into a Bar, Grossman’s novel about a standup comedian’s public breakdown. This was only the second year the Man Booker International Prize was awarded to a single book. (The 2016 prize was awarded to South Korean novelist Han Kang and translator Deborah Smith for The Vegetarian.)

Jessica was kind enough to allow me the opportunity to speak with her about working with David Grossman, her thoughts on the process of literary translation, as well as some upcoming projects.

You and ATA go back quite some time together. I remember when you won ATA’s Student Translation Award in 2000. I was one of the readers for the award that year and was so blown away by the quality of your translation that I still remember the title of the book from which your translation was taken, Milk Teeth by Yehonatan Geffen.

I was working on my certificate in literary translation as part of my master’s degree at Indiana University at that time. Breon Mitchell, a charter member and past president of the American Literary Translators Association, was the chair of the Comparative Literature Department and my husband’s dissertation advisor. It was through a chat with him that I decided to enroll in the MA program in Near Eastern Languages and Cultures. At that point, Indiana’s Certificate in Literary Translation Program had all but faded away, but it was under Breon that it was resuscitated. He put together a combination of classes for me, including some from other departments, to make up a full certificate program.

How did you get started in translation?

I had actually started translating at Microsoft when I lived in Seattle, Washington, but became a freelancer when I moved to Indiana. I had envisioned that I would continue with commercial translation for the foreseeable future. I started literary translation as a hobby and discovered I had a real liking for it and wished I could do more of it from Hebrew into English.

Did winning ATA’s Student Translation Award have a particular impact on your career?

That’s hard to say, but it’s very important to get that type of recognition early on. It did give me a push to make a serious commitment.

Have you translated other novels by the author of Milk Teeth?

Yehonatan Geffen is more of a songwriter, poet, and lyricist than a novelist, but I did translate a number of his poems, which were published in Source, the newsletter of ATA’s Literary Division. 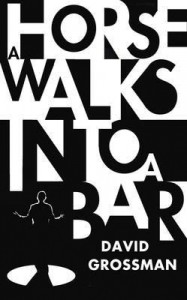 I was delighted when it was announced that you had been shortlisted and then that you and David Grossman had been awarded the 2017 Man Booker International Prize for A Horse Walks into a Bar. I know you translated another Grossman novel I read a few years ago, To the End of the Land. Have you translated other works by Grossman?

Yes, I’ve translated five books by David Grossman from Hebrew into English, including Falling Out of Time, Her Body Knows, and Writing in the Dark. I also translate speeches, correspondence, essays, op-ed pieces, and theater adaptations for him.

How closely do you work with the authors you translate?

When you work with the same authors again and again, you meet with them, correspond with them, and develop friendships. You become familiar with the way the writer thinks and with their language habits. In this way their writings become more accessible.

That must be a rare privilege.

David Grossman is exceptional in his appreciation of his translators. For his last two books he organized a meeting with several of his translators (myself included) during the translation process at the Straelen Translation Centre in Straelen, Germany, an international center for translators of literature and nonfiction. We met with him for four days, and it was like a retreat where everyone sat down at the table and went over the text. Our translations of the book into our respective languages were all at different stages of completion, so we came with our drafts and our questions.

David wants these meetings to be a helpful and enriching experience. It’s an opportunity to rethink what you’ve translated so far, exchange ideas, hear what he has to say about the book, and perhaps arrive at better solutions. There’s also a certain efficiency to this process, since David can deal with all the questions posed by his translators at once instead of having to answer them piecemeal. Since everyone is working on the same text but not at the same pace, hearing the answers to questions from those further along in the translation process is extremely helpful.

When we scheduled this interview, you mentioned you were preparing for the arrival of a Hebrew>English translator colleague with whom you were going to be working on a joint project. What kind of project will that be?

I was approached by the widow of Hanoch Levin, a very controversial Israeli playwright, cabaretist, and writer of popular songs who had
some success in Eastern Europe. She wanted to commission the translation of some of his theatrical works into English. I didn’t feel sufficiently connected to theater translation, but I was willing to work on the project with Evan Fallenberg, who has experience translating plays and musical works and is a writer in his own right. We decided to do our co-translations in person instead of trying to work together via email. This is a bit complicated since Evan lives in Israel and I live in Denver, but with planning we do manage to get together to work. We’re having our fourth in-person meeting to work on our fourth play for a Hanoch Levin anthology. We normally spend a week together and translate an entire play. We’ve found we get much better results working this way.

How long are these plays?

The plays are approximately 6,000 words. We work on the entire translation together, rather than each working separately and then discussing our versions. It has been a good strategy.

Can you imagine working this closely with someone else?

I can’t think of anyone else I would like to work with, but I would be willing to give it a try. Evan and I work well together. We come with our own ideas and see things in different ways, and I think this method of working together has made both of us more open-minded and flexible than just working on our own. Evan and I don’t have big egos, but we’re both pretty confident. We do argue about things, but there are never any hurt feelings. I actually miss it when I’m working on my own without a sounding board.

Had you ever worked as part of a translation team previously?

After graduate school, I attended a two-week summer literary translation workshop at Skidmore College with John Felstiner (1936–2017), who was professor emeritus of English at Stanford University and an award-winning poetry scholar and translator. [Felstiner was the 2001 recipient of ATA’s Ungar German Translation Award for his translation of the Selected Poems and Prose of Paul Celan.] There were translators participating who worked in several different language pairs. We would meet for a few hours each day and workshop each other’s texts. It was a good experience, but it wasn’t really the same as working with a co-translator.

How do you envision life after the Man Booker International Prize?

Thank you, Jessica, for making the time for this interview. I know that Evan is arriving tomorrow and you two have to start working on your co-translation project immediately, so we are especially grateful that you were willing to make yourself available. And once again, congratulations on the Man Booker International Prize!

Lois Feuerle is a past ATA director and the chair of the Honors and Awards Committee. She has worked on a variety of ATA committees over the years, including the Dictionary Review Committee and Ethics Committee. Currently, she serves on ATA’s Editorial Board for The ATA Chronicle and on the Literary Division’s Leadership Council. She is a founding member and current president of the Oregon Society of Translators and Interpreters. She is also an ATA-certified German>English translator. Contact: loismariefeuerle@cs.com.