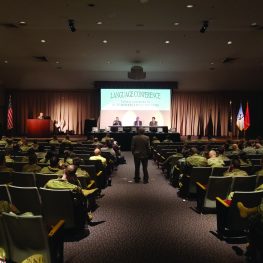 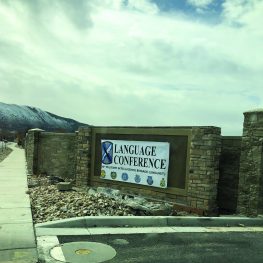 Last March, two members of the Government Linguist Outreach Task Force (GLOTF)—an eight-person group approved by ATA’s Board of Directors and led by ATA’s Government Division—attended the 30th Annual Language Conference of the Army National Guard 300th Military Intelligence Brigade (Linguist) in Draper, Utah. Monika Roske and Jeff Mitchell delivered a 50-minute presentation on the benefits of ATA membership that included a PowerPoint briefing and informal discussions with conference attendees, many of whom serve as military reserve component language specialists or foreign-language program managers. This was an important initial success in ATA’s outreach efforts to language professionals in the defense community, which is a key initiative of the Government Division.

Rusty Shughart served as the director of the foreign language education and training programs at the U.S. Office of the Director of National Intelligence. He is a member of ATA’s Government Division. Contact: russ4ata@yahoo.com.