Emotions in More than One Language

This post originally appeared on Psychology Today on August 18, 2011, and it is republished with permission.

The language(s) of emotions in bilinguals

There is a myth that bilinguals express their emotions in their first language (when they haven’t acquired both languages simultaneously), usually the language of their parents. Like all myths, there are instances when it is true. Thus, a Portuguese-English bilingual who acquired English at age fourteen wrote to me that if something makes him angry and he allows his anger to come out, there is no doubt that he will use Portuguese to express himself. And it makes sense that bilinguals who have lived in the same place all their lives, who use their first language with family and friends and their other language(s) mainly at work, will express affect in their first language.

However, as Temple University researcher Aneta Pavlenko, herself multilingual, writes, things are much more complex than that. In her book on the topic, she dismantles this myth and shows that the relationship between emotions and bilingualism plays out differently for different individuals and distinct language areas. Basically, it is too simplistic to suggest that late bilinguals have emotional ties only with their first language and no ties with their other language(s).

When a childhood in one language lacked affection or was marked by distressing events, then bilinguals may prefer to express emotion in their second language. For example, an adult English-French bilingual who moved to France in early adulthood once wrote to me that she found it easier to speak of anything connected with emotions in French, her second language, whereas in English she was rather tongue-tied. She then explained that it was in French that she had discovered what love meant. She ended by stating, “Perhaps one day I’ll even manage to say, ‘I love you’ in English”.

The Canadian and French novelist, Nancy Huston, gives a similar testimony. Nine years after having moved to Paris from North America, her daughter Léa was born. She had married a Bulgarian-French bilingual with whom she spoke French. Huston tried to use English baby talk with her daughter but couldn’t continue. She explains that the memories and feelings stirred up were simply too strong (her English-speaking mother had abandoned the family home when she was six).

On a less poignant level, many late bilinguals state that they can swear more easily in their second language. Both the English-French bilingual above and Nancy Huston have said the same thing. The former stated that she has a wider range of vulgar vocabulary in French and Nancy Huston wrote her master’s thesis on linguistic taboo and swear words in French. As she wrote, “The French language in general…. was to me less emotion-fraught, and therefore less dangerous, than my mother tongue. It was cold, and I approached it coldly.” (p. 49).

When bilinguals are angry, excited, tired or stressed, their accent in a language can reappear or increase in strength. In addition, they often revert to the language(s) in which they express their emotions, be it their first or their second language, or both. I was once bitten by a stingray in California and I recall clearly switching back and forth between English and French. I used English to ask the English-speaking friends I was with to take me to see a doctor and I cursed in French to help me ease the pain.

The language used in therapy is also quite informative. Paul Preston who has written a book on the sign language / spoken language bilingualism of the hearing children of Deaf parents, interviewed several of them who said they felt blocked when in a therapy session. They wanted to use sign language but couldn’t do so (the session was taking place in English). And Nancy Huston claims that she could not finish her own psychoanalysis because it was conducted in French, the language in which her neuroses were under control.

In sum, expressing emotions in more than one language follows no set rules; some bilinguals prefer to use one language, some the other, and some both. It is fitting to finish with an extract from Aneta Pavlenko’s book about her own habits:

‘”I love you,” I whisper to my English-speaking partner. “Babulechka, ia tak skuchaiu po tebe [Grandma, I miss you so much],” I tenderly say on the phone to my Russian-speaking grandmother”‘.

As the author states prior to this: “I have no choice but to use both English and Russian when talking about emotions.” (p. 22-23).

“Life as a bilingual” posts by content area: http://www.francoisgrosjean.ch/blog_en.html

François Grosjean’s highly successful blog with more than 2.3 million visitors can now be found as a book, Life as a Bilingual (Cambridge University Press, 2021). 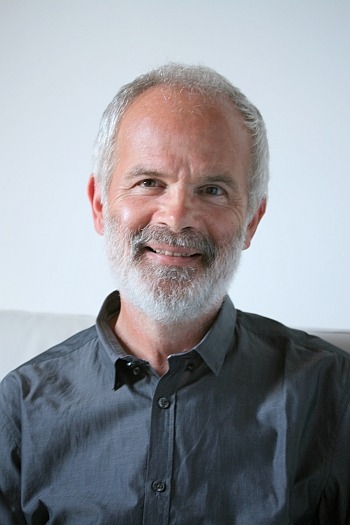 François Grosjean received his degrees up to the Doctorat d’Etat from the University of Paris, France. He started his academic career at the University of Paris 8 and then left for the United-States in 1974 where he taught and did research in psycholinguistics at Northeastern University, Boston. While at Northeastern he was also a Research Affiliate at the Speech Communication Laboratory at MIT. In 1987, he was appointed professor at Neuchâtel University, Switzerland, where he founded the Language and Speech Processing Laboratory. He has lectured occasionally at the Universities of Basel, Zurich and Oxford. In 1998, he cofounded Bilingualism: Language and Cognition (Cambridge University Press).