The Association’s finances have continued the positive development of the past few years. Based on near-final figures, the 2016 Annual Conference was a financial success and the deficits incurred on other program services continue to decline.

Other less significant revenue sources showed mixed development. The ATA Chronicle posted a 42% decline in revenue (from $29.3k to $16.8k) due to reduced advertising. Professional Development revenue saw an increase due to more webinars, Publications revenue posted a slight increase, and Other Revenue sources posted a decline due to fewer royalties following the change in service providers for professional liability insurance. (See Figure 1.) 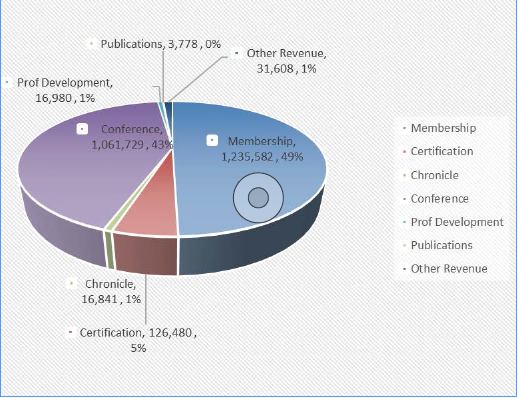 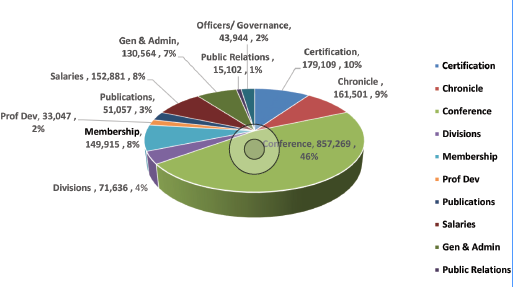 Of the next three largest program expense items, Certification expenses remained almost unchanged at $202k, and Chronicle expenses declined almost 6% compared to the previous year. Membership Services posted a slight increase in costs, from $166k last year to $174k as of the end of February.

Divisions expenses were up 6%, from $77k to $82k, and Professional Development expenses increased very slightly (from $36k to $38k) due to more webinars. Publications expenses saw a negligible 2% drop, from $60k to $59k.

Total expenses for support services, which are the overhead expenses that are not allocated to a specific program, decreased by 10% to $407k (previous year: $454k). While some individual items saw significant changes in percentage terms, the amounts are not material in absolute terms. General and Administrative expenses posted a 25% decrease, primarily due to a shifting of resources among programs resulting in a higher allocation to program services expenses (less unallocated overhead). Public Relations (PR) and marketing posted a 31% decrease year-on-year due to higher expenses incurred last year as the PR program was reinvigorated and due to initial expenses for PR and speaker training. Officers and Directors expenses fell very slightly, from $53k to $52k. Volunteers and Governance expenses posted a 7% decrease, from $16k to $15k.

Our Statement of Position (balance sheet) as of February 28, 2017, also shows positive development. With respect to assets, our balance of cash and cash equivalents is up 30% year-on-year to $1,941k, compared to $1,470k. We have accounts receivable of $41k (previous year: $0). Prepaid expenses declined year-on-year from $42k to $39k.

Our current liabilities posted a minor increase of just over 2%. These liabilities consist almost entirely of unearned dues. Deferred rent, the only non-current liability, rose 167% (from $43k to $113k) due to an early renewal of the lease and the related carryover of deferred rent from the previous lease.

The overall trend for the first eight months of the fiscal year remains positive and encouraging. (See Figure 3.) 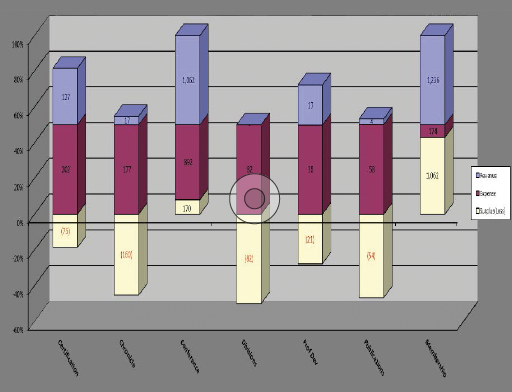 The Membership program has a net surplus of $1,062k year-to-date. The Annual Conference shows a net profit of $170k.

The “subsidized” programs continue to show progress as planned. Certification has a current net loss of $75k. The Chronicle’s deficit is $160k. Divisions posted a deficit of $82k. Professional Development’s net loss year-to-date stands at $21k, and the net loss on Publications is $55k.

Dues Increase: Based on the Bureau of Labor Statistics data for the CPI-U as of March 31, 2017, and in accordance with the Dues Policy adopted in 2015, there will be an automatic dues increase of $5.00 for an individual membership effective for 2018.

Investments: The Finance and Audit Committee approved the investment of $300k from our balance. In addition, the position in two mutual funds was closed and replaced by similar exchange traded funds.

The net profit from the Annual Conference and the continuing positive development with respect to the deficits incurred in the “subsidized” programs are very encouraging. Absent unforeseen negative developments, I see no reason why the Association should not close out the current fiscal year in the black once more. 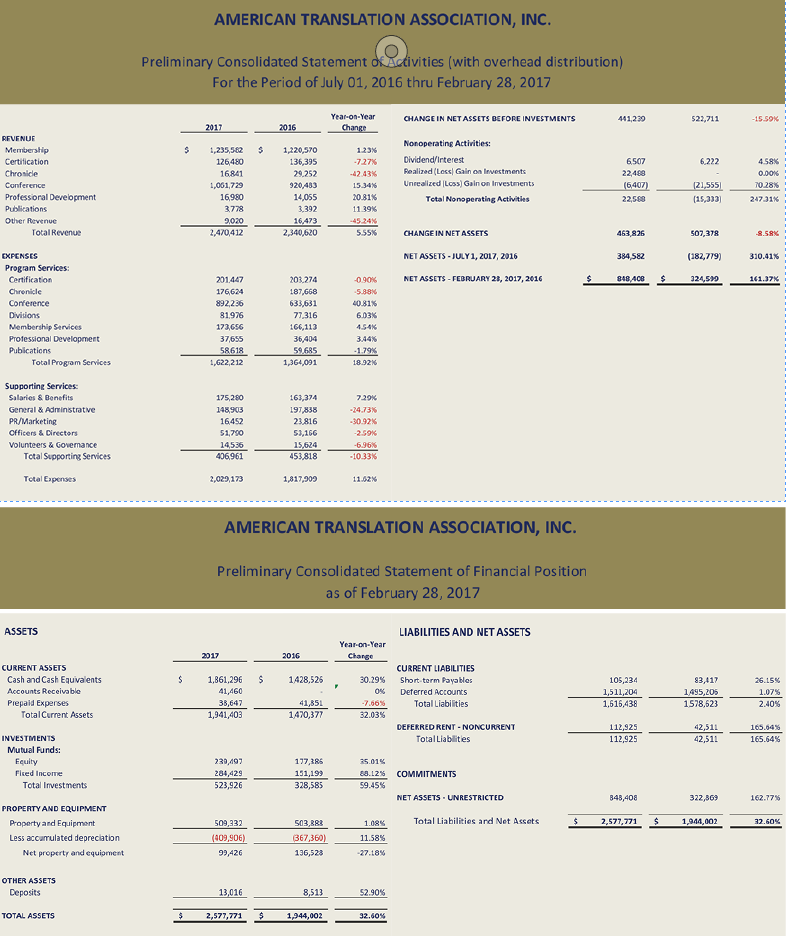