The Mother-Tongue Principle: Hit or Myth? 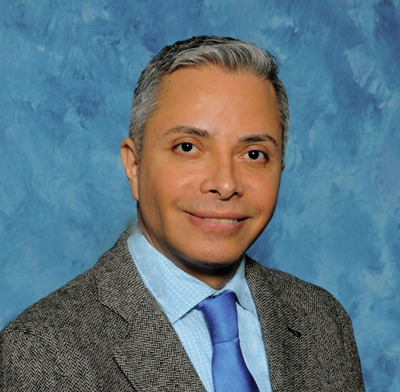 An experiment performed at the Dutch National Translation Conference demonstrated that the “mother-tongue principle” is no guarantee of quality.

One of the hottest of hot potatoes in the translation industry, and the Dutch translation industry in particular, is something called the “mother-tongue principle.” It’s a subject on which most people have an opinion, but which is often swept carefully under the carpet for fear of causing offense. My colleague Marcel Lemmens and I decided to test the principle at the 2013 Dutch National Translation Conference (Nationaal Vertaalcongres), hopefully without offending anyone. I would like to share our findings with you.

Interplay of Supply and Demand

First, allow me to set the scene. Back in 1980, when I got my first job with a translation agency in Nijmegen, the Netherlands, I realized that there was something called a moedertaalprincipe, or “mother-tongue principle.” It all seemed pretty obvious: you get better results if you translate into your native language. The agency for which I worked employed a number of foreign native speakers working in-house, and the translations that were outsourced to freelance translators were also sent to people working into their native languages.

Later on, I encountered Dutch-speaking translators on a regular basis and found, somewhat to my surprise, that many of them worked “both ways.” Indeed, I even heard the head of the translation department of a large state institution say the department didn’t employ English native-speaking translators for into-English translations because “they didn’t understand the Dutch source texts well enough.” However, this was the exception rather than the rule, and it soon became clear that the practice of “translating both ways” was a result of the interplay of market supply and demand. In other words, there was much demand for translation into English and simply not enough native speakers to do it all.

Translator Training Based on Teacher Training

Moreover, at that time, translator training in the Netherlands seemed to focus on “doing it both ways.” The emphasis was on mastery of the foreign language rather than on writing skills in a student’s native language. This was no doubt because translator training in the Netherlands was something that had simply grown out of language courses, and in some cases had emerged as an appendage to a teacher training course. Even when the first full-time, non-literary translator-training institute was set up in Maastricht, the curriculum still leant heavily on mastery of two foreign languages. The director and many of the teaching staff hailed from teacher training. There was a Dutch department, but it seemed to play a supporting role more than anything else.

When I moved to Maastricht in the late 1980s to work as a lecturer at the College of Translation, it did seem a little odd to me, especially as an English native speaker with a background in business translation, that I should be training native speakers of Dutch to translate into English. After all, I wouldn’t have dreamt of translating into Dutch myself, and I’m sure this is also true of other native speakers of English working in the Netherlands. However, I was familiar with the state of the market and the exam regulations, so I didn’t really think twice about it.

Little did I know. For example, I was unaware that there was a stricter version of the mother-tongue principle that read something like “Thou shalt not translate into a foreign language,” and which was the cause of some considerable—and generally unspoken—tension among translators. Scratch a translator and you’ll usually find they’ve got a strong opinion about the subject, but don’t always like to express it as it’s bound to lead to an argument with colleagues. Many translators associations are also a bit coy about the whole thing. For example, the main Dutch translators association, the Netherlands Society of Interpreters and Translators (NGTV), says on its website:

Why should this be?
[…]
Even though many translators nobly strive to attain a native-speaker standard in a foreign language, even the most talented of translators find themselves constrained when required to translate into a second language. For the average translator, it is a practice that causes their standard of work to fall below an acceptable level. Moreover, translating into a second language is generally more time-consuming—and sometimes far more time-consuming—than translating into your mother tongue. It is not a financially viable practice, either for the translator or for the client.1

Article 12 of the 1976 UNESCO Recommendation on the Legal Protection of Translators and Translations and the Practical Means to improve the Status of Translators states:

(d) a translator should, as far as possible, translate into his own mother tongue or into a language of which he or she has a mastery equal to that of his or her mother tongue.2

Obviously, the words “as far as possible” are key here. Curiously, the codes of conduct published by the two main Dutch translators associations (i.e., the Dutch Association of Freelance Professional Translators and NGTV) do not mention the mother-tongue principle. Nor does the “official” code of conduct for Dutch state-certified translators.3

Translators’ Codes of Conduct in the U.K. and U.S.

In the U.K., on the other hand, the native-speaker principle is applied. In fact, it’s enshrined in the codes of professional conduct for both the Institute of Translation and Interpreting (ITI) and the Chartered Institute of Linguists. For example, ITI’s Code of Conduct states:

This practice is also reflected in one of the pieces of advice given in ATA’s Translation: Getting it Right, a publication for translation buyers that has been produced in many different languages and distributed worldwide, in addition to being accessible on ATA’s website:

If you want your catalog translated into German and Russian, the work will be done by a native German speaker and a native Russian speaker. Native English speakers translate from foreign languages into English.

As a translation buyer, you may not be aware of this, but a translator who flouts this basic rule is likely to be ignorant of other important quality issues as well.

[…] Sometimes a linguist with special subject-matter expertise may agree to work into a foreign language. In this case, the translation must be carefully edited—and not just glanced through—by a language-sensitive native speaker before it goes to press.5

At one stage, an even stricter version of the native-speaker principle came into vogue, which held that translations should be performed by native speakers based in a country in which the target language is the dominant language. However, this principle seems to have disappeared almost as quickly as it appeared. It’s certainly hard to find any mention of it these days.

So what does all this mean? Is the mother-tongue principle in operation in the Netherlands or not? Does it have any relevance in today’s rapidly globalizing world? How easy is it to produce a workable definition of the term “mother tongue” anyway? What about translation work in languages reflecting refugee flows, which is more or less the exclusive domain of native speakers (i.e., non-native speakers of Dutch who are also required to translate into Dutch)? Is an unqualified native speaker necessarily a better translator than a qualified non-native speaker? Are native speakers proficient enough writers in their native languages? Can you still claim to be a native speaker if, like me, you’ve spent decades living and working in a “foreign” country?

To answer some of these questions, Marcel Lemmens and I decided to devote our afternoon session at the 2013 edition of the Dutch National Translation Conference to the issue. A series of distinguished speakers proceeded to tell us:

In other words, it’s difficult to espouse the “mother-tongue principle” if it’s not at all clear what a “native speaker” or a “mother tongue” actually is. That’s the first problem.

Step Two: Does the Principle Hold Up?

The second problem is whether the principle works in practice. This is something we investigated with the aid of an experiment. We used four anonymous English translations of a passage (about 300 words) from a Dutch museum guide, two of them produced by native speakers of Dutch and two by native speakers of English. All four translators were experienced professionals.

From this experiment, we concluded that:

The big question was: who had done which translations?

As a final touch (and before announcing the results), we asked our audience (consisting of over 200 translators of varied feathers) to rank the four translations themselves. On balance, their scores closely reflected those awarded by our two panels, especially the English-speaking panel. Translation D (by a non-native speaker of English) ranked first by a wide margin, with translations A (native speaker) and B (non-native speaker) at the bottom of the pile.

It was a fascinating experiment. The conclusion? Even if there is such a thing as a “mother tongue,” the mother-tongue principle is no guarantee of quality.

Tony Parr is a professional business translator (from Dutch and French into English), language editor, and translator trainer. He has extensive experience as both a freelance and a staff translator and as a translation instructor, principally at the National College of Translation in Maastricht, the Netherlands. He is the co-author of Handboek voor de Vertaler Nederlands-Engels. Operating under the name Teamwork (www.teamwork-vertaalworkshops.nl), he and business partner Marcel Lemmens have organized short courses, workshops, and conferences for language professionals in the Netherlands since 1993. Contact: info@tonyparr.nl.