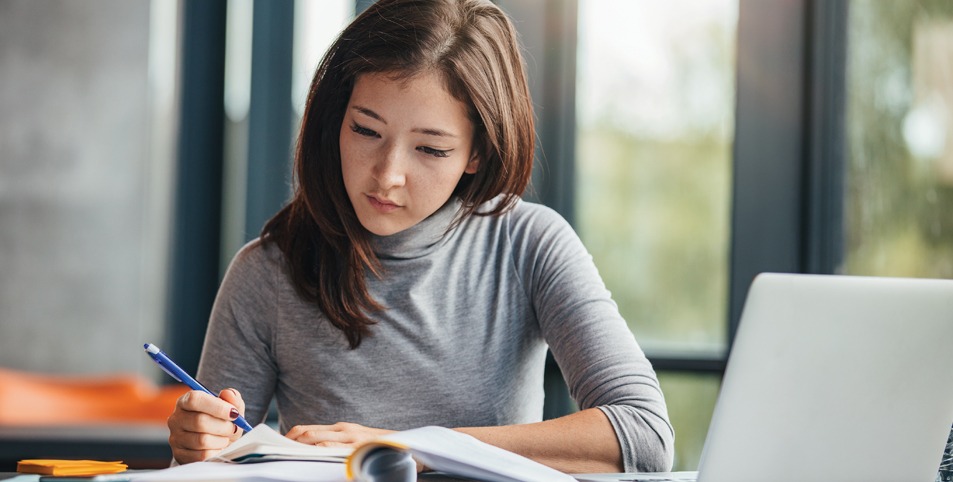 The nuance involved in translation ties into the intellectual element of considering the meaning of the source text. What does the text mean? What is it trying to convey?

Translation is often considered a commodity, and it’s referenced in the language of commodities with words such as “vendor” and “translation services provider,” or, more recently, “post-editor of machine-translated output” and “machine translation copy editor.”

In some circles, the translation enterprise is seen as a service that can be produced or manufactured entirely using machine-based processes. For example, computer-aided translation (CAT) has been marketed as a tool that increases speed and accuracy when performing automated repetitive tasks in the translation process.1

These tools have become a way for agencies to pay translators less, with nonpayment or partial payment for “full matches” (words in a document that are already translated in the translation software database) or “partial matches,” where “a sentence or a segment in a source document for which the translation memory tool can match some of the words in the target language […]” already exists.2 Paying by the word is not a reflection of what translators do, as it suggests word for word replacement, and detracts from what translators actually do, which involves editing (including the words in full and partial matches) when bringing the translation together.

This increasingly popular reductive thinking is based on an assumption that machine-driven translation can deliver a quality product simply by substituting words in one language for words in another. In reality, translation is a complex undertaking involving languages that are innately connected to the cultural ecosystems in which they are spoken. The core processes of translation operate in the mind of the translator, not in the bowels of a machine. True translation is an art that involves the translator understanding and appreciating the culture behind and reflected in the language. It’s the art of exercising an intellect.

Machine translation can play a productive role in assisting the translation process (e.g., as one of several tools a translator uses). It’s when computer-assisted translation becomes computer-only translation that the process becomes corrupted. Words are more than scribbles on a paper to be deciphered by a mechanical algorithm. A word can reflect a whole culture.

A Machine Does Not Consider Cultural Nuance

Take, for example, the word patria in Spanish. Will we translate it as Motherland? Homeland? How about borrowing terra nostra, a word from a third culture (“our land” in Italian), to describe what the word means for English readers? We could also go a different route and translate patria as “country.”

A translator has many questions to consider. How does the target culture refer to its own country? What implications does the word’s target culture have in its distinct cultural context? This is just a small taste of the intellectual work of translators.

Let’s look at the word “homeland” and its implications and history. In the U.S., the word came into mainstream use after 9/11 with the creation of the Department of Homeland Security—a powerful government organization charged with protecting the country from terrorist threats. “Homeland” was once a word used by the Zionist movement in the 1920s and 1930s to refer to a Jewish “homeland” in the Middle East.3 Later, Hitler expanded its interpretation to advance the idea that people needed a tribal-like devotion to land and country to create a sense of racial superiority.

Josh Marshall, editor and publisher of talkingpointsmemo.com, notes, “The phrase really got into the public vocabulary with the release of Transforming Defense: National Security in the 21st Century, a report on the future of the U.S. military by something called the National Defense Panel.”4 “Homeland” became related to “homeland defense,” which was inherently related to National Missile Defense.5

This word from worlds away would not be my choice in reference to Mexico. It simply doesn’t fit the history and context of the Spanish word patria. This patria refers to Mexican history; to mestizaje, the blending of Spanish and indigenous peoples; to two revolutions; to the intrigue and trickery of Mexican history; and to the blood spilled on Mexico’s earth. Even in this sense, the boundaries are blurred, because America was Mexico, Mexico is America, and borders change. The Mexican Cession of 1848 ceded the territories comprising present-day California, Nevada, Utah, most of Arizona, half of New Mexico, and part of Wyoming and Colorado.6 Most Mexicans living in these areas decided to stay and become Americans. But Mexicans are Americans in the same way everyone living on the continent of America is American.

So, how will a machine translate patria? As it’s been translated before or as it’s been translated most frequently? The machine uses what it knows, and what it knows are words and word combinations that have been published previously or uploaded to the internet, or that are in machine-translation databases. But will those translations even be relevant to the Mexican concept of patria? And what about when the translation database software comprises texts from Spain? Or Cuba? Or Argentina? Will it translate the idea of patria as it is uniquely felt in each of these countries?

The Importance of Objectivity

Translators obsess over what is behind and within words when they use them. A text’s flavor is soaked in associations attached to styles of writing, vocabulary selection, and collocation use. Translators must consider historical implications inherent in words while also being objective in their work. A product description, for example, might say a product is “the best.” But in English, that kind of language is subjective. It’s someone’s opinion, not a proven fact. Using this kind of language could give your text an unwanted or unwarranted commercial or advertising slant.

Barry Ritholtz, an American author, newspaper columnist, and equities analyst, in an article entitled “Two Rules Underpinning Intellectual Pursuits,” wrote that people need to “[g]et intimately acquainted with all doctrine, theory, ideology, and dogma, but refuse to allow these ideas to govern and shape your thinking.”7 Translators need this objectivity to translate well.

Literary translators might feel like the opinions of the authors they are translating are the translator’s own views, but they are not. The translator is a chronicler, a participant-observer who rarely “steps into” the text, and does so almost exclusively to address concerns of word order and logic in the target language.

But what do I mean by classifying translation as an intellectual pursuit? Let’s take a look at the essence of the translation process to clarify this idea.

Translators are researchers. For each new document, translators create glossaries of words, concepts, and ideas to become familiar with the topic and as a reference. Translators become experts in general and in specific fields.

Translators have to keep up with translation. Being current and knowledgeable in the profession involves dedicating time to learning more about translation and areas of specialty. New word usage and vocabulary, new ways of translating, current events that change perspectives and ways of understanding the world—translators must study constantly to improve their craft.

Translators use language to convey an idea from one culture so that it can be understood in another, seeking semantic equivalence within cultural contexts. And the best translation isn’t always clear-cut.

For example, if a text mentions the name of a volcano in Spanish, should you adapt it, translate it, or explain it? How about the name of a canyon? Would you translate Canyon del cobre as “Copper Canyon” or “Del Cobre Canyon”? What if another Copper Canyon already exists? Will you take its name and apply it to a different geographical area?

In Mexico and many other parts of the world, organizations and places often have multiple names. In Guadalajara, for example, a large canyon abuts the edges of the municipalities of Tonalá, Zapotlanejo, Ixtlahuacán del Río, and Zapopan.8 This canyon-park is known both as Barranca de Huentitán (Huentitán Canyon) and Barranca de Oblatos (Oblatos Canyon). While Huentitán and Oblatos refer to the canyon, on the side that abuts the Guadalajara Metropolitan Zone’s municipalities, each name refers to a different entrance to the canyon.

What about translating cultural events? Will you describe the event, create a new name for it, or use its original name, trying to bring readers closer to the target culture? Would you consider translating quinceañera as “sweet-sixteen birthday party,” a concept familiar to Americans, even though a quinceañera is a celebration of a girl’s fifteenth birthday in Mexico? Words belong to their cultures, but how do we describe the reality of one culture using the language of another? Is a “spice-infused roasted goat meat” stew the same as birria? How about adapting carne asada as “barbecue”?

Déjà vu, a French expression, has been seen and felt so much that some native English speakers consider it English. Is English other languages? Every word we use slants the resulting message. Words associated with places and societies give clues to readers about where and how a text fits into a language and its culture.

The translator is first and foremost a good writer. The translation of a text into another language involves the actual writing of it.

There are many steps to translating a document: reading it, understanding it, processing the information, expressing it in a different language for a different culture, and then editing it. Even if a document is poorly written in the source language, the translation in the target language should flow naturally and be well written. This necessitates having a conceptual understanding of how to balance culture with language.

Editing is the elucidation of the text, bringing it into the light where it can be seen clearly and its fine-tuning appreciated. Editing a translation is what finally places it squarely in its own culture, bringing another culture alive for those who don’t know its language.

What Is the Intellectual Side of Translation?

The nuance involved in translation ties in to the intellectual element of considering the meaning of the source text. What does the text mean? What is it trying to convey? Words are here, there, and everywhere, but it is the meaning behind and within them that carries significance and tells us about origins, wars, and history as written by both the victors and the vanquished. History books, critical essays, and research published after major events attempt an objective accounting about what really happened.

When translators delve into what words mean in a historical context, they bring objectivity to translation, literary and otherwise.

All of it. All of these efforts contribute to translation as an intellectual pursuit carried out by humans—research, cultural expertise, writing, editing, and learning. All this intense critical reflection is focused on making meaning for the benefit of those who want to understand and fully appreciate written texts in another language. It’s the human computing and processing that is intellectual. The most human part of translation is cognitive activity.

When machines can be thoughtful and intellectual, they too will be able to complete the operations of the translation process, matching each intellectual process needed to mold together the figure of written language. Until then, they’ll only be helpers (and excellent ones) to the actual brains doing the thinking.

Jesse Tomlinson is the administrator of ATA’s Literary Division. She is an interpreter, translator, and voice talent. Originally from Canada, she now lives in Mexico and translates from Spanish into English and interprets in both languages. She is currently translating Latin American authors born in the 1980s into English for Proyecto Arraigo. See her essay on uprooting (“La vida sin limones”) at http://bit.ly/la-vida-sin-limones. Contact: jesse@tomlinsontranslations.com.