How a Deeper Knowledge of Basic Tools Can Up Your Game

Tools and Technology
By The ATA Chronicle

During the years that I’ve worked as a translation project manager, I can recount many times when I’ve been consulted on technical issues—anything from formatting a document properly to transitioning from a PC to a Mac (or vice versa). Sometimes I’ve heard translators express something along the lines of, “I’m a linguist—I didn’t sign up for all this techie stuff!”

I can also remember many occasions after I would teach a new function or a shortcut in MS Word or PowerPoint when a translator would tell me—sometimes years later—that my shortcut made their life easier and helped them work a lot faster over the long run. On these occasions, I can’t help but wonder—how much more productive could that translator have been with just a few more techie tricks up their sleeve? While we as translators can sometimes be reluctant to delve into the technological side of our computer tools, deepening our understanding of the programs we use on a daily basis can help streamline the way we work. 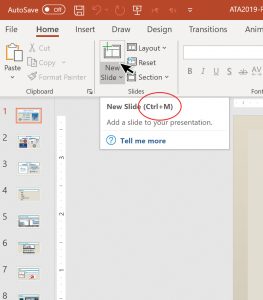 Figure 1: Example of a Shortcut Key

You may be surprised at the number of features you already have at your disposal that could help you work better and more efficiently. Taking some time to learn those functions might just help you to get through that next cumbersome translation, or speed up your work so that you’re able to meet that deadline. Why bother to learn some of the features that your computer’s software offers? Here are three outcomes that I’ve personally experienced:

Increased Productivity: It goes without saying that the more you know your software, the easier it will be to work with your word processor, computer-assisted translation (CAT) tool, or other online platform. Building your technical skills and deepening your knowledge will allow you to work faster and more efficiently.

Keeping Ahead of the Game: The better you know your software, the easier it will be to get used to a newer version of that program once an update rolls out. Also, understanding one type of software program might very well make it easier if you need to transition to another similar program, such as switching from one CAT tool to another.

Becoming More Attractive to Potential Clients: If a client knows you can work in MS Word and handle styles or text embedded in images without any help, that client will be more likely to call on you again for similar projects. These are value-added skills that can only enhance your marketability as a translation service provider.

How do you go about learning to use software more effectively? With the availability of online video tutorials and social media user groups, learning new tricks or even deepening your knowledge of the programs you already use can be quite painless. I belong to a Facebook group for users of Adobe InDesign, which is the software I use most for multilingual desktop publishing work. Sometimes people will post solutions to situations I’ve encountered and been unable to solve. Other times, I’ll discover that a problem I’ve been experiencing isn’t my fault at all, but rather a problem with the software awaiting a bug fix. Several CAT tool platforms also have similar user groups on social media where translators can commiserate about their difficulties or share ideas and solutions with each other. 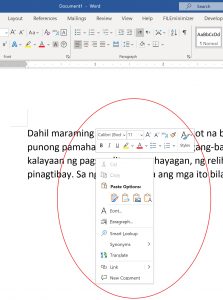 There are plenty of features and techniques to help you get the most out of your software, but here are three useful ways that can allow you to become more of a power user in any program with which you’re already familiar.

Shortcut Keys: Shortcut keys are just that: quick ways to get around the often cumbersome process of using dropdown menus to find the command you’re looking for. Shortcut keys are key combinations that cause a specific command to be executed. Most programs include them to help increase speed and productivity.

These shortcuts typically combine the Ctrl, Alt, or Windows keys (on Windows) or the Command, Option, or Control keys (on a Mac) plus a letter. Sometimes hovering the mouse pointer over an icon will reveal the key combination. Also, on Windows, hitting the Alt key once can reveal the shortcut letter to be used together with the Alt key to access that function. Try googling the name of any program along with the words “shortcut keys” and your operating system (Windows or Mac), and you’re bound to get a long list of useful shortcut keys to incorporate into daily usage.

Using shortcut keys particularly for repeated functions like copy (Ctrl / CMD + c) or paste (Ctrl / CMD + v), or to move between programs (Ctrl / CMD + tab) not only saves time, but using them can be a lot easier on your wrist than clicking away on a mouse, especially when sitting at the computer for hours on end. In MS Word, try Ctrl/CMD + Shift + c to select the formatting of any selected text, and then Ctrl/CMD + Shift + v to apply that same formatting to another selected text. This is great for copying font sizes or colors, typefaces, or even indenting over to another part of your document. Then there’s the handy “undo” function (Ctrl / CMD + z), which in many programs erases the last change made—a life-saving function if that last change you made was an error. (See Figure 1.)

Context Menus and Task Panes: The Context Menu, also known as the “right-click menu,” offers several handy options that sometimes aren’t readily visible on the top or side toolbars on your screen. These menus are most often accessed by pressing the right click button on your mouse or by clicking with two fingers on a trackpad. (See Figure 2.)

Virtually all programs, whether they be Microsoft, Adobe, or CAT tool software, offer several handy functions in the context menu, and these menus can change depending on where your cursor may be or what you’ve selected. Try right-clicking to access the context menu when you’re in different screens other than the default, or when you have other function windows open. If the context menu offers options with which you’re unfamiliar, try them out or google what they do. Just be sure you save your document before doing so, and remember Ctrl / CMD + z in case you unintentionally change something.

If you’re like most translators and generally work with Microsoft documents, become familiar with Microsoft’s task panes, such as the Navigation or the Reviewing Panes in MS Word or the Animation or Selection Panes in PowerPoint. Sometimes the key to navigating through a long document or formatting your translation in the exact same way as its source lies in a function buried somewhere in a task pane, and learning how to use them more effectively can be as simple as googling a tutorial video. (See Figure 3.)

Update, Update, Update: Keeping your software updated may seem like a cumbersome task, and also possibly a frustrating one, especially if you’ve become very comfortable with the layout and functionality of your current version. The danger in holding onto older versions of software and not updating is that older versions can run slower or may not be compatible with the documents a client may send you.
Several companies such as Microsoft and Adobe have moved to subscription-based platforms for their software so that users can continuously have access to the most updated versions (and also charge a monthly subscription price). If you’re hesitant about updating, check out online forums to see what others are saying about updating to the latest version of your software.

As translators, the computer hardware and software we use are the main tools of our trade, and investing the funds to keep them updated and the time and effort to learn how to use them effectively will certainly pay off in the long run. You don’t have to be an IT geek to use your software effectively. Whether it be by way of online tutorials or discovering for yourself new functionalities through submenus, fly-out panes, and help categories of your most often used software, improving your tech-savviness only ups your game as a translator and makes you more attractive to potential clients.

Ray Valido is a translation project manager at the Office of Language Services at the U.S. Department of State, where he is in charge of the office’s multilingual desktop publishing program. He has an MA in translation and localization management (Spanish) from the Middlebury Institute of International Studies at Monterey. Contact: ray.valido@gmail.com.