Sue Burke is the recipient of the Alicia Gordon Award for Word Artistry in Translation for her translation into English of an excerpt from Joseph de la Vega’s Confusión de confusiones, written in Spanish in 1688.

Joseph de la Vega (1650–1692) was a successful merchant, poet, and philanthropist residing in 17th-century Amsterdam. Confusión de confusiones, the oldest book ever written on the stock exchange business, is his most famous work. Although not a descriptive account of the process of stock trading, Joseph presented the history of speculation in stocks and acquainted the reader with the sophisticated financial instruments used. The dialogue format allowed the reader to understand the perspectives of the various market participants and the intricacies of speculation and trading. Joseph also came up with four basic rules of the share market that are still relevant today. 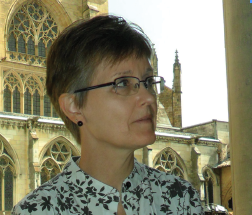 Sue Burke is a freelance writer, editor, and Spanish>English translator. She has worked for more than 40 years as a journalist, both as a reporter and editor. She also writes poetry, essays, and fiction, especially science fiction. She has a master-level Diploma in Translation from the Chartered Institute of Linguists, and has translated a variety of works from Spanish into English.

You can find out more about her writing at www.sue.burke.name. A native of Milwaukee, Wisconsin, Sue has lived in Austin, Texas, Madrid, Spain, and currently lives in Chicago with her husband.

The Alicia Gordon Award for Word Artistry in Translation was established in memory of Alicia Gordon, known for creating imaginative solutions to knotty translation problems, based on rigorous research. It is given for a translation (from French or Spanish into English, or from English into French or Spanish) in any subject. The award was established by Alicia’s sister, Dr. Jane Gordon, and the award fund is administered by the American Foundation for Translation and Interpretation.

Katrina Dodson is the recipient of the 2016 Lewis Galantière Award for her translation from Portuguese into English of Clarice Lispector’s The Complete Stories (New Directions, 2015). 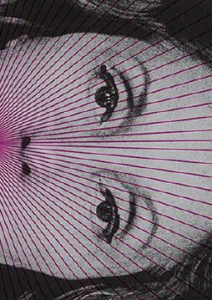 From teenagers coming into awareness of their sexual and artistic powers, to humdrum housewives whose lives are shattered by unexpected epiphanies, to old people who don’t know what to do with themselves, Clarice’s stories (85 in all) take readers on a journey through her characters’ lives.

Clarice Lispector was born in 1920 to a Jewish family in western Ukraine. As a result of the anti-Semitic violence they endured, the family fled to Brazil in 1922, and Clarice grew up in Recife. Following the death of her mother when Clarice was nine, she moved to Rio de Janeiro with her father and two sisters, where she went on to study law. With her husband, who worked for the foreign service, she lived in Italy, Switzerland, England, and the U.S., until they separated and she returned to Rio in 1959. She died there in 1977. Since her death, Clarice has earned universal recognition as Brazil’s greatest modern writer.

Katrina Dodson’s work has appeared in Harper’s, Granta, McSweeney’s, and Two Lines. Her translation of The Complete Stories was also awarded the PEN Translation Prize and a Northern California Book Award. She has a PhD in comparative literature from the University of California, Berkeley. She has taught undergraduate courses in comparative literature and Portuguese language at the University of California, Berkeley, and is on the faculty of the Bard College Language and Thinking Program. She has studied abroad in Hanoi, Paris, and London, and spent four years in Brazil (intermittently), beginning as an English teacher in 2003 and most recently as a Fulbright-Hays Fellow (2011–2012). Her languages include English, Portuguese, French, Spanish, Vietnamese, and Latin. She is currently traveling in Brazil with a grant from the Brazilian National Library to research a new translation of the 1928 Brazilian modernist classic Macunaíma: The Hero Without a Character, by Mário de Andrade. New Directions will publish the translation in 2018.

The Lewis Galantière Award is bestowed biennially in even-numbered years for a distinguished book-length literary translation from any language, except German, into English. This award honors distinguished ATA founding member Lewis Galantière (1894–1977). His translations from French drama, fiction, poetry, and scholarship enriched cultural life during the middle decades of the 20th century, and are still being read over a quarter century after his death.

Julie Tabler is the recipient of the S. Edmund Berger Prize for Excellence in Scientific and Technical Translation. She won for her translation from French into English of The Semiotic Challenge of Scientific Images: A Test Case for Visual Meaning, by Maria Giulia Dondero and Jacques Fontanille (Legas Publishing, 2014). 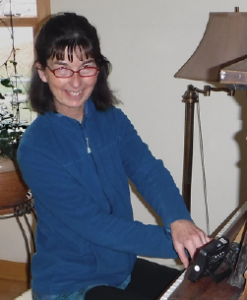 The Semiotic Challenge of Scientific Images represents a landmark for both semiotics and the anthropology of science. It provides the first systematic semiotic investigation of how scientists use visual images: what role and impact do images have in scientific research? Scientific images are explored as experimental devices (in laboratories), as instruments of proof (in mathematical logic), as argumentation (in dissemination literature), and in their interactions with other fields, like art and aesthetics. The book presents epistemologists and language scientists with methodologies that can be used to study the relation between images and knowledge.

Maria Giulia Dondero is a research associate at the Belgian National Fund for Scientific Research and works at the University of Liège in the field of visual semiotics, specializing in scientific images and visual argumentation. She has written three books at the forefront of visual semiotics. Jacques Fontanille is a professor of semiotics at the University of Limoges. He served as advisor and chief of staff for the French Minister of Higher Education and Research from 2012–2014. He is the author of over 240 scholarly publications, including contributions in the fields of theoretical semiotics, literary semiotics, visual semiotics, rhetoric, and general linguistics.

Julie Tabler has been an ATA-certified French>English translator since 1997. Her specialties include academic articles and books (climate, ecology, geopolitics, linguistics, semiotics, and geology), and corporate sustainability reports. She also has four years of experience translating automotive patents for hybrid technologies. Julie was a French interpreter for Language Line Services (1999–2004) and an adjunct professor of French at Montana State University (1985–1992). She translated Tools for Text and Image Analysis. An Introduction to Applied Semiotics, by Professor Louis Hébert (Université du Québec à Rimouski). She has an MA in terminology and translation from Université Laval, where she studied as a Fulbright scholar, and an MA in linguistics from Indiana University in Bloomington, as well as a BA in French from the University of California, Davis. Many of her translations in semiotic theory and application can be found on Signo, the didactic website managed by Louis Hébert. (http://bit.ly/Signo-semiotics). 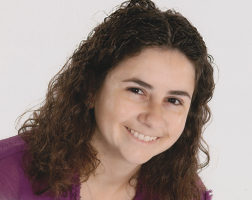 Yolanda served as the editor of Intercambios, SPD’s newsletter, from 2015–2016, and as chair of the division’s Social Media Committee from 2012–2016. She is currently a member of ATA’s Membership Committee and the president of the Association of Translators and Interpreters in the San Diego Area.

Yolanda has worked as an English>Spanish freelance translator, editor, and proofreader specializing in education since 2006. She received her certification in translation and interpreting (English/Spanish) from the University of California, San Diego in 2008. She has a B.A. in English philology and education from the Universidad Complutense de Madrid, Spain. She also has an A.S. degree in nursing and an A.A. degree in early childhood development, both from the Colegio Besana, Madrid. She worked as a foreign language teacher in Spain and England from 1995–1999. From 1999–2006, she worked as a bilingual educator, translator, and interpreter in Texas for the Fort Worth Independent School District, as part of the Visiting Teachers from Spain program. A native of Madrid, Spain, Yolanda lives in San Diego with her husband and two children.

Harvie Jordan was the first assistant administrator of ATA’s Spanish Language Division. He served as president of the Austin Area Translators and Interpreters Association, which he co-founded. He was also a freelance Spanish<>English translator and Spanish and English voice talent. The scholarship is given in honor of his lifetime contributions as a language professional.