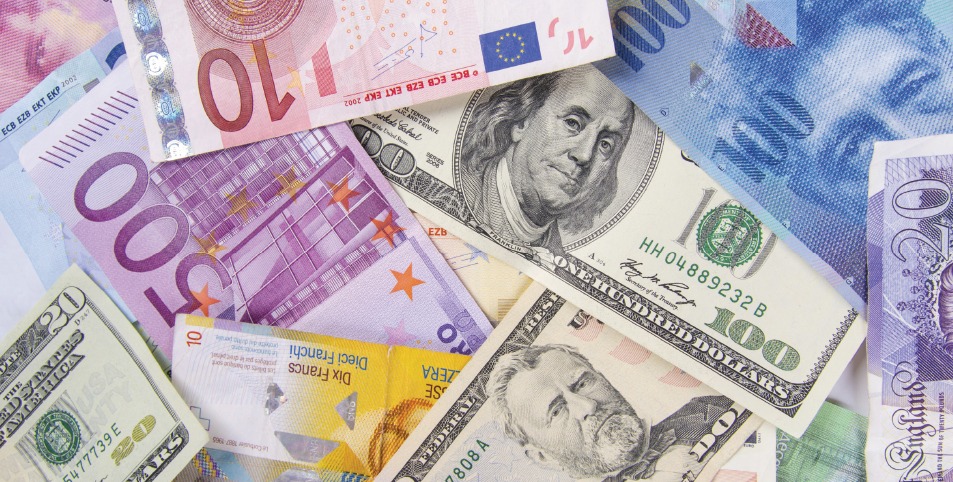 If you’ve worked in numerous countries and paid into their Social Security systems, make sure you get back what you’re entitled to when it comes time to retire.

If, like me, you’ve worked in a number of countries other than the U.S. and paid into their social security systems, then you need to be aware that you may be eligible for retirement benefits from those countries. Since they won’t seek you out, it’s your responsibility to file a claim for retirement benefits at any Social Security office in the U.S. or the applicable foreign country.

A few years ago, it was time for my husband to retire from his college job. He’s British and had worked in the U.K. as a teenager and in Germany (where I met him) as an adult. Plus he had worked in the U.S., although mostly under a state-sponsored retirement system. Because he had never collected 40 work credits (10 years) under the U.S. Social Security system, I assumed he would only be eligible for Medicare (which everybody pays into), but not for Social Security payments. Surprise! We learned that when the number of years he worked in Germany and the U.K. was combined with the years he worked in the U.S., this brought him up to 10 years paying into federal programs, so he qualified for Social Security benefits in the U.S.! His eligibility was made possible through a totalization agreement.

Totalization agreements improve benefit protection for workers who have divided their careers between the U.S. and other countries. They also eliminate the need for dual Social Security coverage and taxes for multinational companies and expatriate workers. This means that if you work in a country that has an agreement with the U.S., your Social Security coverage will be assigned to either the U.S. or the foreign country, so you and your employer do not have to pay taxes to both.2

Under the terms of these agreements, even if you haven’t lived in the U.S. long enough to accumulate 40 work credits (also referred to as calendar quarters), you may still be eligible for benefit payments from the U.S. system. If you have worked long enough in the U.S. to receive payments, don’t forget to mention the other countries where you’ve lived, worked, and paid into the system when applying for retirement benefits. If you’ve paid into the system of one or more of the countries listed above, the U.S. system will actually make the initial benefits application for you. If, however, your country is not one of those listed, you’ll need to pay into both systems if you hope to have the time count in both countries. Then you’ll have to apply to the appropriate authority of each country when the time comes to retire.

Since my husband and I worked in Germany, Switzerland, the U.K., and the U.S., I’ll be focusing on these systems. However, more than likely, the method we used to secure our benefits from these countries will have similarities for other countries with totalization agreements, and quite possibly some similarities with those not having totalization agreements with the U.S.

How Does It Work?

Basically, when you’re eligible to receive benefits in the U.S., go to your local Social Security office and ask to complete a totalization application. Explain to the clerk that you’ve worked in countries that have a totalization agreement with the U.S. and would like to take advantage of that. They’ll be able to help you fill out the application. When it comes time to include the information about the other countries in which you’ve worked, you’ll be asked questions about the specifics of that work. So, the more information you have, the better!

One of the advantages of totalization agreements is that most countries have a minimum time you must have paid into their system in order to receive benefits. As an example, I can cite my husband’s case as well as my own. If it were not for the totalization agreements, my husband would only have qualified for benefits from Germany, as it was only there that he had fulfilled the time requirement of 60 months. (He actually paid into the system for 61 months!) In the U.S., due to my husband’s work for a state-sponsored retirement system, he had only paid into the federal system for just over six years. However, the U.S. requires 40 calendar quarters, or 10 years. Without the time he had worked in Germany, he wouldn’t have qualified for any U.S. benefits other than Medicare. But with the totalization agreement, the time he worked in Germany was added to the time in the U.S., so it amounted to over 40 quarters. In my case, I do not have enough years in the German system, but I should reach the 60-month requirement easily when my U.S. quarters are applied.

What happens after you’ve submitted your application under a totalization agreement? Usually, once the U.S. application has been submitted, the information will be passed on to the other countries, and they in turn will get in touch with you to determine your eligibility. If you’ve already established your eligibility, this step will go relatively quickly and you’ll start receiving benefits paid into your U.S. bank account before you know it. By this I mean that each country pays its own liabilities, so it does not all end up in the hands of the U.S. Social Security Administration. For instance, my husband receives three different payments, two of which fluctuate depending on the exchange rate.

How to Establish Eligibility in Advance

Each country differs in terms of how you establish retirement eligibility, but I’ve found the Internet is a treasure trove of information in this regard. Here are a few examples:

Assuming you’re fluent in the language of the country where you lived, you should have no problem determining which form applies to you.

One of the bits of information most governments will want is your old identification number. As our years abroad were decades ago, this turned out to be the hardest part for my husband and me. In Germany, our health insurance companies were able to tell us that number. In the U.K., there was an online form available for investigating one’s National Insurance number. To my relief, I actually still had my identification card from Switzerland that included my number.

Another interesting distinction between countries is the legal retirement age. For instance, if I was a woman living in Switzerland, I would be eligible to retire at 64, while here in the U.S. full retirement age for me would be 66. That means if I don’t want to miss out on some of my benefits, I’ll need to apply to Switzerland before I apply here in the U.S., unless I choose to take early retirement. You’re allowed to postpone retirement in Switzerland, but you have to let the proper authority know that’s your intention, or they’ll assume you don’t want your money. You won’t be able to receive retroactive benefits.

Switzerland has an online calculator for determining your eventual benefit, but it does require quite a bit of specific information. I was able to get that information from my former employer, so the calculation was accurate. I also submitted a query by mail, and it returned the same result as the online calculator. Another curious difference about Switzerland is that it has now ruled that Americans who have worked in the country for at least one full year do not require credits from the U.S. system to qualify for benefits. Before the system used to require five years, but now it’s only one, so this makes applying for retirement at the age of 64 possible.

Many countries believe in a three-pillar system for retirement. Basically, your Social Security is your first pillar (securing a minimum standard of living), and is not meant to be your sole income upon retirement. The second pillar is usually provided by an employer—a 401(k) or occupational pension. This may be true in other countries in which you’ve worked as well, so don’t forget to enquire about it. (It seems that employer pensions are becoming increasingly uncommon, at least in the U.S.) The third pillar (private pension) would be something like an annuity or individual retirement account you may have started. You get tax benefits while you’re working for adding funds to these accounts and then later draw on them for the final piece of the retirement puzzle. If you started something like this in another country, you’ll have to check with the provider to find out how and when you can start drawing on that pillar.

The bottom line in maximizing your retirement benefits is to do your research. Just don’t leave any of it on the table!

Ruth Gentes Krawczyk has been a professional German>English translator for about 20 years. She received her MA in German translation from Kent State University in 2000. She served as both the assistant administrator and administrator of ATA’s German Language Division (a total of six years). She lived in Germany and Switzerland for about seven years in the 1980s while polishing her German skills. Her first translated work of fiction is due out in January 2016. Contact: mail@haveruthtranslate.com.