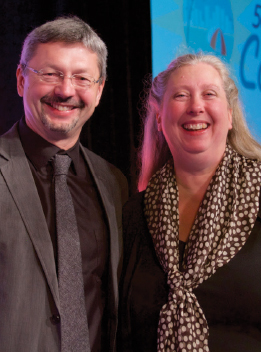 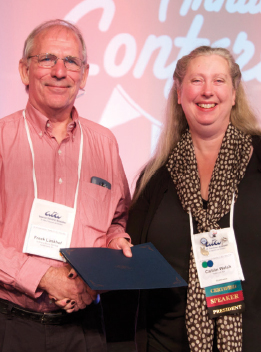 Honorary membership is conferred upon individuals who have distinguished themselves in the translation or interpreting professions by a vote of two-thirds of the Board of Directors. The total number of living honorary members shall not exceed 20 at any one time, and not more than two may be elected in any one year.

Jiri Stejskal has served successively as ATA president, president-elect, and treasurer (two terms). Jiri was active on ATA’s Public Relations Committee, Gode Medal Selection Committee, and Nominating and Leadership Development Committee, and was appointed ATA’s representative to the Joint National Committee for Languages. He also served as a vice-president of the International Federation of Translators for two terms, and currently serves as the treasurer of the American Foundation for Translation and Interpretation. After immigrating to the U.S. from Czechoslovakia, Jiri worked for many years as a freelance translator before founding CETRA Language Solutions, a language services company of which he is currently president and chief executive officer.

Freek Lankhof has played a unique role in his support of ATA. In 2013, he was honored for exhibiting at ATA’s Annual Conference for 25 consecutive years. Until his retirement in 2014, his InTrans Books booth was the gathering place for long-time conference attendees. For 27 years, Freek operated InTrans Book Service, one of the prime sources for specialized language dictionaries, other reference material, and study books for professional interpreters and translators. He has always been quick to provide guidance on resources to those just getting started, including pointing them to ATA. Born in the Netherlands, Freek began as a proofreader/editor for most of the major Dutch publishing houses. He later moved on to become a literary translator. He immigrated to the U.S. in 1983 and worked among others as a library assistant at Columbia University. In 1985, he set up and managed the U.S. office of the Dutch scholarly publishing company E.J. Brill and started i.b.d, Ltd. in 1989, which later became InTrans Book Service.

Each year, ATA’s Mentoring Program matches 30 mentees and mentors for a one-year mentorship period (April 15 to March 31). Mentees are selected through a competitive application process. ATA membership is required. Enrollment for the 2016 mentoring class is now open. Applications for both mentees and mentors will be accepted through March 5, 2016. Interested? Don’t wait! This will be your only opportunity to enroll in 2016. Look for the application form and additional details by visiting www.atanet.org/careers/mentoring.php.