Spreading the Word about Translation and Interpreting within the Journalism Community

A few months ago, the board of directors of the Association of Translators and Interpreters of Florida (ATIF), ATA’s Florida chapter, received a request for a speaker from the National Association of Hispanic Journalists (NAHJ). The association’s annual Excellence in Journalism Conference attracts a fantastic group of Spanish-speaking journalists (print, broadcast, radio, and online) from around the country and abroad. One of the invited speakers, José Luis Castillo, a translator by training and an investigative and consumer content producer at KTMD Telemundo in Houston, recognized this as an opportunity to spread the word about professional translation. 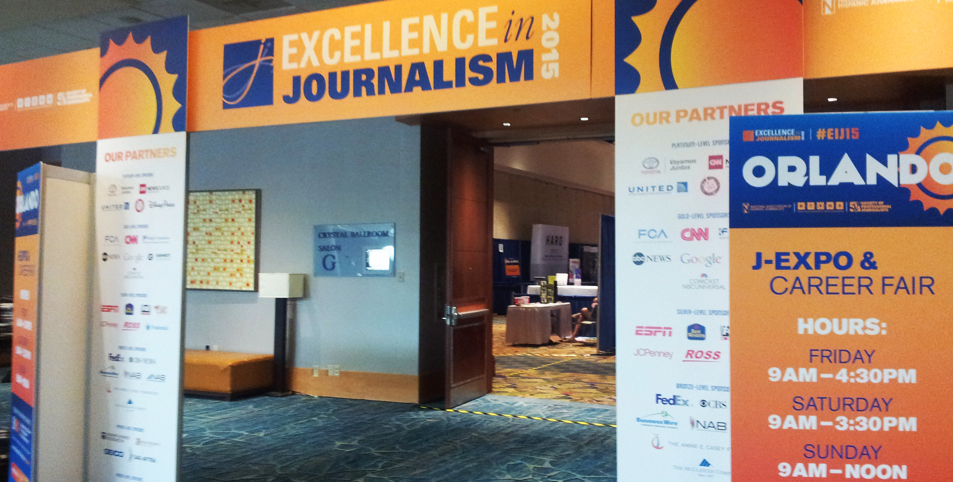 José has seen many journalists in Spanish-speaking newsrooms act as de facto translators. They are frequently required to produce Spanish-language reports, yet all their background material is in English. This puts journalists in an awkward position. Most know that they don’t have the skills necessary to translate, but they often do so anyway because of budget constraints that prevent them from hiring professional translators.

In order to give journalists some idea of the skills required to translate and what’s at stake by not hiring professionals, José proposed a workshop to NAHJ’s conference organizers. That’s where ATA and I came in. ATIF President Giovanna Lester knew that ATA had recently trained spokespeople from various specializations and language pairs and kindly passed on the request to ATA’s Public Relations Committee. I was asked to speak on a panel about English>Spanish mistranslations in the media, so I flew to Orlando last September for a quick 48-hour trip.

In addition to José, the panel included Rafael Palacio of El Sentinel de Orlando, and was expertly moderated by newscaster Paulina Sodi, also of KTMD Telemundo in Houston. Our panel, which was presented entirely in Spanish, was entitled “Common Grammatical Errors in the Newsroom: Learn How to Identify and Correct Them.”1 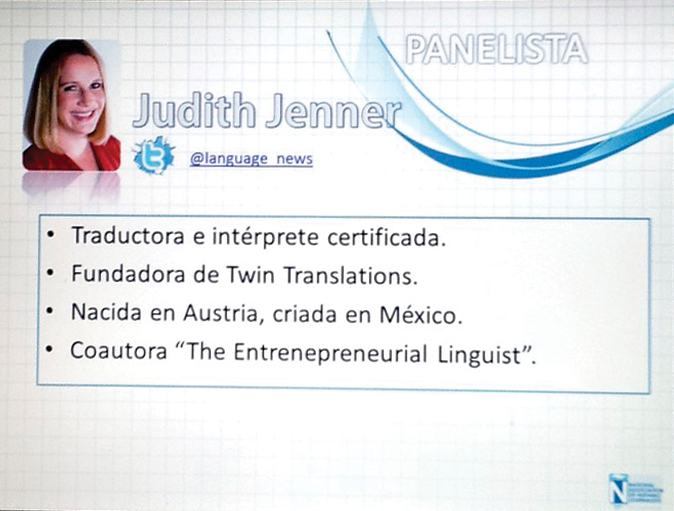 Each panelist spoke for about 10 minutes. During my presentation, I highlighted the importance of using professionals and the importance of associations in general, and ATA and ATIF in particular. The message was clear: use professionals so you can share the responsibility for the content with them. Journalists get into trouble when the quotes they have inexpertly translated from English into Spanish get translated back into English by other sources. The results are often less than ideal.

During the Q&A portion, I responded to some fantastic questions about issues such as: “What do I do if my editor tells me to translate word for word?” I mentioned Translation: Getting it Right,2 ATA’s client education brochure, and referenced the information provided on the ATA and ATIF websites. Many of the attendees spoke to me after the session and expressed their interest in ATA and in learning about the finer points of translation.

I should also mention that I had the chance to team up with Carmen Saenz, ATIF’s membership director, who was kind enough to drive to Orlando from Miami. She attended the panel session, ATIF brochures in hand. We also had the opportunity to attend several other events at the conference, including an awards luncheon and an evening event. We used this time to talk to as many attendees as possible about ATA and translation, translation professionals, and professional standards.

All in all, this was a great event. The panel was a very powerful way to increase visibility and recognition for our profession, and I was very proud to represent our Association. I see potential opportunities for collaboration with professional groups such as NAHJ as a real benefit to ATA members, who might possibly gain some work due to this type of connection. The more people come to learn about what we do, the more they will realize the value we bring to their businesses.

Judy Jenner is a court-certified Spanish interpreter and a Spanish and German translator based in Las Vegas, Nevada, where she runs Twin Translations with her twin sister. She is a past president of the Nevada Interpreters and Translators Association. She hosts the translation blog, Translation Times (www.translationtimes.blogspot.com). You can also find her at www.entrepreneuriallinguist.com. Contact: judy.jenner@twintranslations.com or judy.jenner@entrepreneuriallinguist.com.